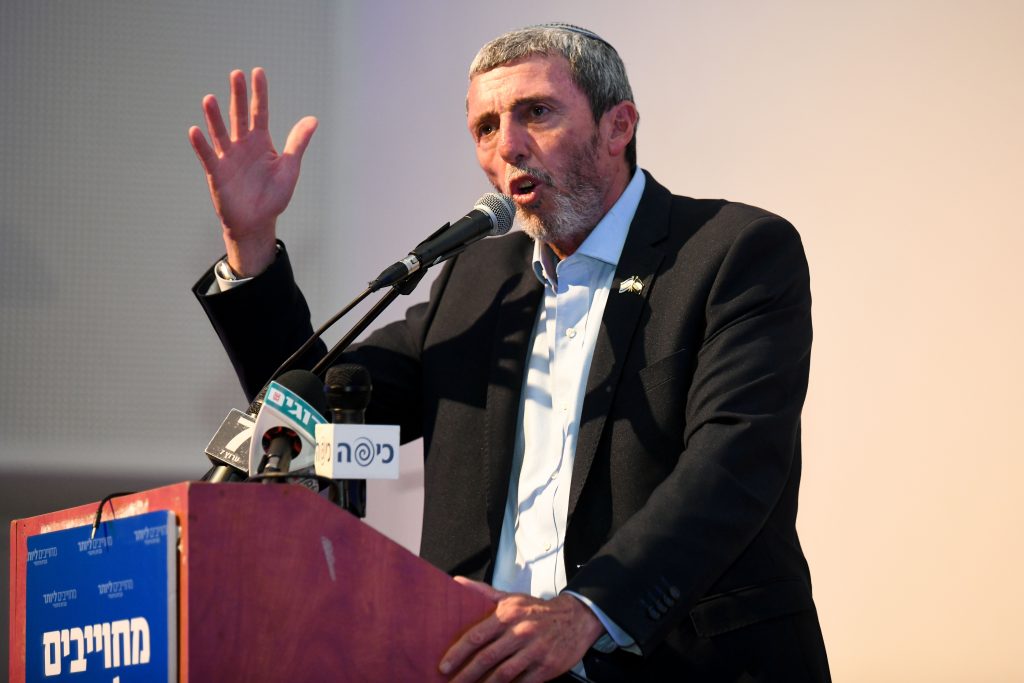 Chairman of the Jewish Home Party Rabbi Rafi Peretz on Thursday called on former Minister Ayelet Shaked to join the United Right-Wing list, offering her the second spot on the list, which would entail bumping down Betzalel Smotrich, currently the second on the joint list.

Last week Smotrich declared that he would forgo his place for the sake of unity on the Right-Wing.

“I want the Right-Wing to have 61 seats, without needing Liberman, and therefore I am making a serious effort to unite all the right-wing parties,” Peretz told Army Radio in an interview.

Peretz added that he also calls on New Right Chairman Naftali Bennett and Zehut Chairman Moshe Feiglin to join the URWP list. “I am reaching out to everyone, that we should put everything on the side and discuss everything.

“I do not wish to make statements about the placements — my only statement is to reach out to everyone so that we can put things aside so that Netanyahu will be prime minister,” Peretz said.