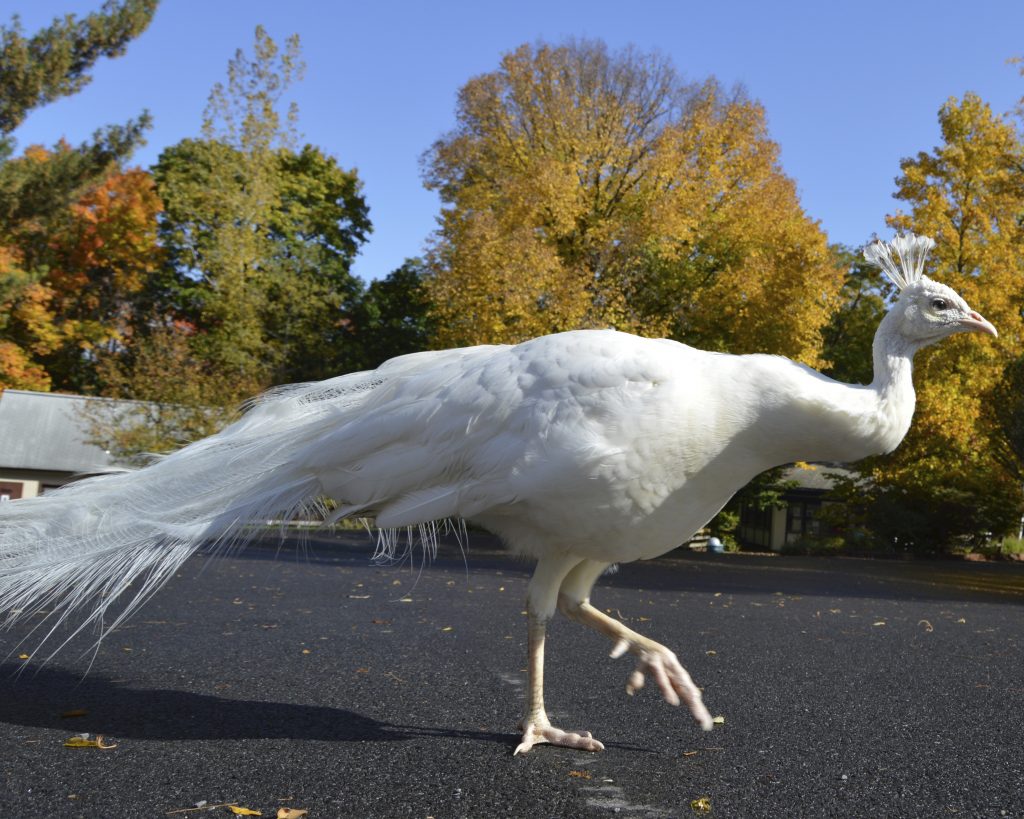 A peacock at an upstate New York zoo was killed by a lion after it flew over a fence into the African Lion enclosure.

The white peacock named Merlin was captured by a lion Wednesday morning after being unable to fly back out of an exhibit with three lions, Utica Zoo officials said.

“By the time he had realized where he was he did make an attempt to fly out,” said Mark Simon, the zoo’s marketing director. “And it seems that one of the lions may have swatted at him and hit him with his paw. And it seems he may have been knocked down at that point and it progressed from there.”

A group of home-schooled children and their parents saw the start of the attack but were moved away from the area. Zoo workers talked to the group afterward to help them process what they witnessed, Simon said.

Zoo officials wrote in a social-media post that Merlin came there in 2006 as an adult and spent his days roaming the grounds. Merlin was described as a visitor favorite who would relax in the bamboo gardens and call out from treetops.

Administrators say “Merlin will be dearly missed by everyone” at the zoo.

Zoo staff led the lions into their inner holding area after the incident to prevent potential aggressive behavior toward each other.