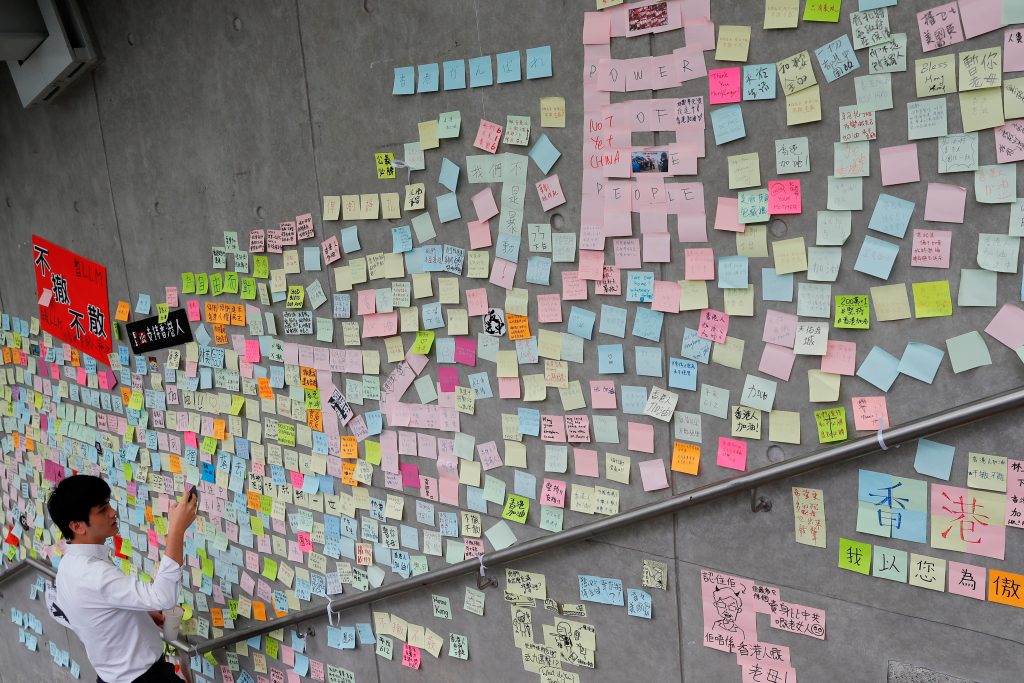 Hong Kong leader Carrie Lam appeared to ignore a Thursday deadline set by some protesters to withdraw an extradition bill that she promoted then postponed, setting the stage for a new wave of demonstrations in the Chinese-ruled city.

Lam suspended the bill, which would allow criminal suspects in the former British colony to be extradited to mainland China for trial, but some student groups called on her to ax it altogether, setting the 5 p.m. deadline.

They are also demanding that the government drop all charges against those arrested during last week’s protests, charge police with what they describe as violent action and stop referring to the protests as a riot.

The activists pledged to surround the Legislative Council on Friday if their demands were not met, which would reignite tension in the financial hub and raise new questions about the Beijing-backed Lam’s ability to lead the city. A few dozen protesters gathered peacefully outside government headquarters on Thursday evening.

Hong Kong returned to Chinese rule in 1997, since when it has been governed under a “one country, two systems” formula, allowing freedoms not enjoyed in mainland China, including a much-cherished independent judiciary.

But many residents are increasingly unnerved by Beijing’s tightening grip over the city and what they see as an erosion of civil liberties. Courts on the mainland are controlled by the Communist Party.

The bill prompted millions to take to the streets this month, triggering some of the most violent protests in decades as police fired rubber bullets and tear gas, and marking the biggest challenge to Chinese President Xi Jinping since he took power in 2012.

Campaigners have registered thousands of new voters during the mass protests, pouncing on an opportunity to bolster the democratic opposition’s prospects in upcoming elections.

The city’s pro-democracy camp needs a strong showing in city-wide legislative polls next year to recapture a big enough bloc to veto proposals from pro-establishment rivals, who now dominate the 70-seat legislature.

Beijing has said it respects and supports Lam’s decision to suspend the extradition bill, but has been angered by criticism from Western capitals, including Washington, about the legislation.