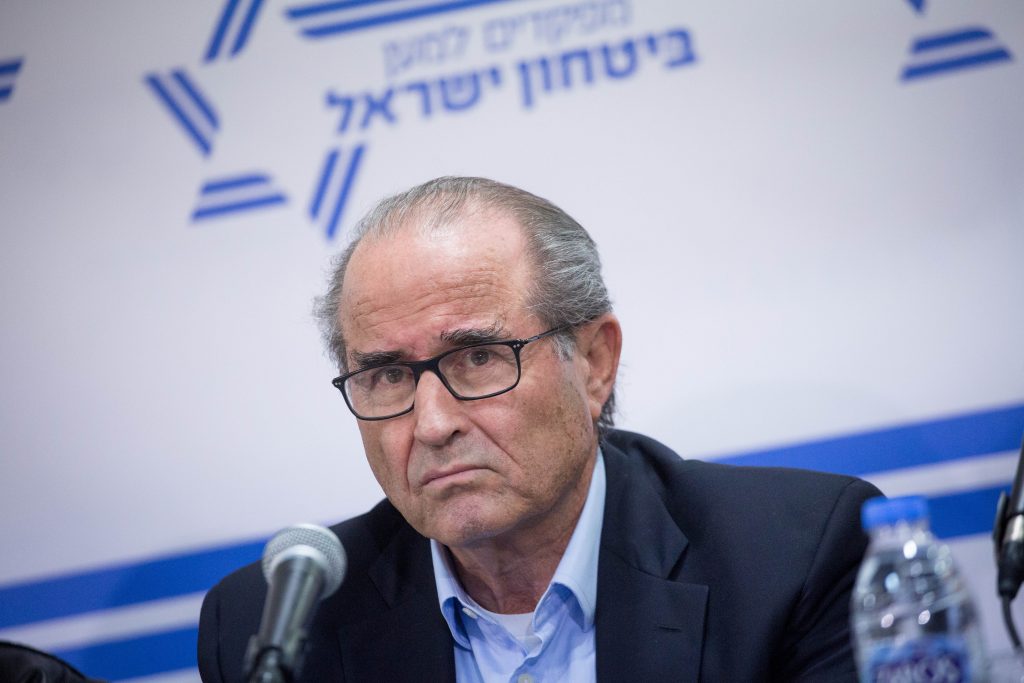 The Israeli political establishment was in an uproar Thursday over comments by former Mossad Director Shabtai Shavit, who in an interview with Maariv called Likud voters “mindless.” The comments were part of an interview that will be published Friday, but response to the preview of the comments has been sharp, with Likud MKs calling Shavit’s comments “full of arrogance, mockery and contempt. Once again the elites show what they really think of Israelis,” wrote Likud MK David Bitan in response to the comments. “Mr. Shavit, I am proud to be a Likud member and am proud of my friends and supporters. Your attitude to over a million Israelis is shameful.”

In the interview, Shavit discussed the Palestinian situation, among other things, and wondered why Israel was able to achieve a peace agreement with Egypt and Jordan, but not the Palestinians. Part of the problem, he said, was the “messianism” of residents of Yehudah and Shomron. With that, he believes, many of those living outside the settlement blocs could be tempted to leave their homes if that is what is preventing a peace deal.

“There is no question that there is a faith attitude issue, tied up with messianism, with many people believing that living in Yehudah and Shomron is a Divine commandment. I deride these people, they do not represent true Judaism.” When asked what he thought of the recommendation of Transportation Minister Betzalel Smotrich to integrate Jewish law into the lawbooks of the state, Shavit said that he “would not remain here for even a minute” if that came to pass.

But the problem, he said “is not Smotrich, but the Likud led by Binyamin Netanyahu. His voters are without knowledge, without sense. His voter base consists of people whose intelligence level is about the height of cut grass.”

Reaction was swift and harsh. Culture and Sport Minister Miri Regev said that “Shavit is the one without knowledge or sense, and he understands nothing about democracy. He owes the public an apology for comments that are pure arrogance.”

MK Miki Zohar said, “It’s not surprising that leftists will have insulting views of right-wing voters; this arrogance has become commonplace. The reason for Netanyahu’s popularity is that, baruch Hashem, the voters know how to distinguish between good and bad.”

Former Yerushalayim mayor and Likud MK Nir Barkat said that “from my experience, you can live with others successfully if you respect their views, despite your differences. Insults, slander, condescension and contempt always achieve the opposite result.”

Netanyahu himself commented on the interview, saying that in the past, the left “called us lowlifes, kissers of kameyot and mezuzos, and ‘bots,’ and now they call us ‘mindless.’ There is no limit to the arrogance of the left against Likud voters. Our answer will come at the polls.”

In an interview on Army Radio Thursday, Shavit defended his comments. “If anyone was personally offended by my comments, I apologize from the bottom of my heart. But I do not believe you can have a leader with a low moral standing,” he said, referring to Netanyahu, “and anyone who votes for a leader like that has a defect. I will continue to hold that view – there is something defective there” among Likud voters. “I am not trying to be condescending, I said everything I said out of sadness.” Shavit added that he did not believe his comments were racist, as many Likud voters are Sephardic. “I was involved in many missions with IDF soldiers from all units and backgrounds, and until today we are friends.”