Politics Biden Not Apologizing for Remarks on Segregationist Senators
Politics 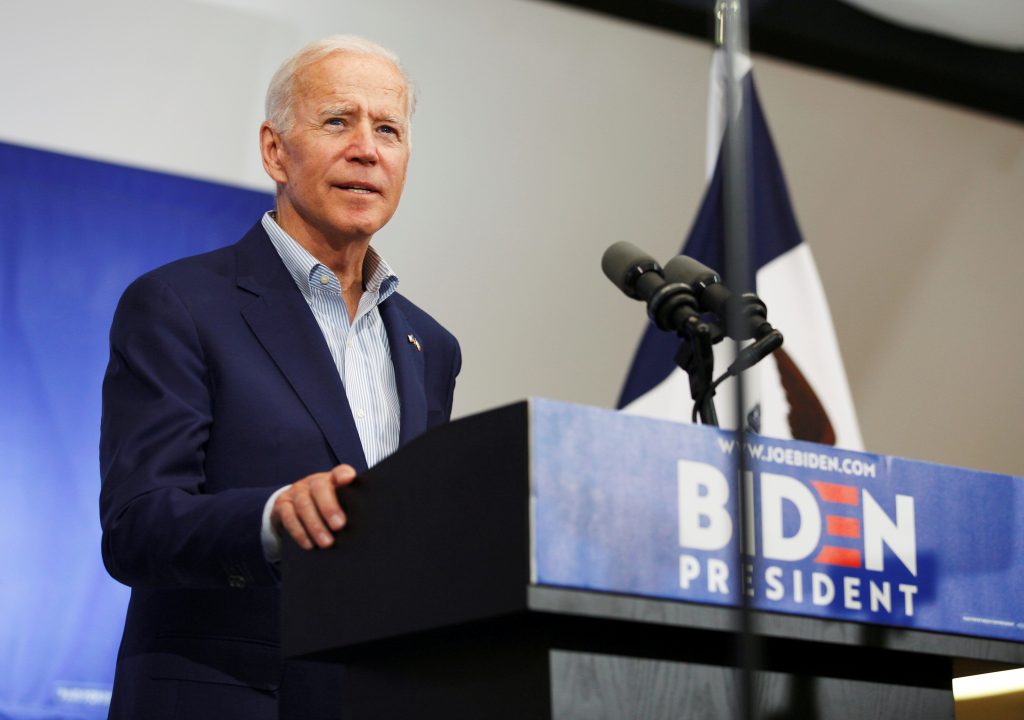 Joe Biden refused calls to apologize Wednesday for saying that the Senate “got things done” with “civility” even when the body included segregationists with whom he disagreed.

His rivals for the Democratic presidential nomination, including the two major black candidates in the contest, roundly criticized Biden’s comments. But Biden didn’t back down and was particularly defiant in the face of criticism from New Jersey Sen. Cory Booker, who said the former vice president should apologize for his remarks.

Biden countered that it was Booker who should apologize because the senator “should know better” than to question his commitment to civil rights.

“There’s not a racist bone in my body,” Biden said. “I’ve been involved in civil rights my whole career.”

Speaking on CNN, Booker responded: “I was raised to speak truth to power and that I shall never apologize for doing that. And Vice President Biden shouldn’t need this lesson.”

The firestorm is quickly becoming one of the most intense disputes of the Democratic presidential primary, underscoring the hazards for Biden as he tries to turn his decades of Washington experience into an advantage. Instead, he’s infuriating Democrats who say he’s out of step with the diverse party of the 21st century and potentially undermining his argument that he’s the most electable candidate in the race.

The controversy began at a New York fundraiser Tuesday when Biden pointed to long-dead segregationist senators James Eastland of Mississippi and Herman Talmadge of Georgia to argue that Washington functioned more smoothly a generation ago than under today’s “broken” hyperpartisanship.

“We didn’t agree on much of anything,” Biden said of the two men, who were prominent senators when Biden was elected in 1972. Biden described Talmadge as “one of the meanest guys I ever knew” and said Eastland called him “son,” though not “boy,” a reference to the racist way many whites addressed black men at the time.

Yet even in that Senate, Biden said, “At least there was some civility. We got things done.”

A pile-on from Biden’s rivals quickly ensued. Booker said he was disappointed by Biden’s remarks.

“I have to tell Vice President Biden, as someone I respect, that he is wrong for using his relationships with Eastland and Talmadge as examples of how to bring our country together,” said Booker, who is African American.

New York City Mayor Bill de Blasio, a fellow Democratic presidential candidate and a white man who is married to a black woman, tweeted: “It’s 2019 & @JoeBiden is longing for the good old days of ‘civility’ typified by James Eastland. Eastland thought my multiracial family should be illegal.”

California Sen. Kamala Harris, a black presidential candidate, said Biden was “coddling” segregationists in a way that “suggests to me that he doesn’t understand … the dark history of our country” — a characterization Biden’s campaign rejects.

Former Texas Rep. Beto O’Rourke, another 2020 candidate, said, “For the vice president to somehow say that what we’re seeing in this country today is a function of partisanship or a lack of bipartisanship completely ignores the legacy of slavery and the active suppression of African Americans and communities of color right now.”

Biden is among the more than 20 candidates who will descend on South Carolina this weekend to make their case to black voters at a series of Democratic events.

Meanwhile, most Democratic White House hopefuls will again gather in Miami next week for the first presidential debate of the primary season. Biden will almost certainly come under fire there for his comments this week.

He sought to defuse the tension on Wednesday by saying he was trying to argue that leaders sometimes have to work with people they disagree with to achieve goals, such as renewing the Voting Rights Act.

“The point I’m making is you don’t have to agree. You don’t have to like the people in terms of their views,” he said Wednesday. “But you just simply make the case and you beat them without changing the system.”

“Maybe there’s a better way to say it, but we have to work with people, and that’s a fact,” Richmond said, noting he dealt recently with President Donald Trump to pass a long-sought criminal justice overhaul. “I question (Trump’s) racial sensitivity, a whole bunch of things about his character … but we worked together.”

Likewise, Richmond said, Biden mentioned Jim Crow-era senators to emphasize the depths of disagreements elected officials sometimes navigate. “If he gets elected president, we don’t have 60 votes in the Senate” to overcome filibusters, Richmond noted. “He could be less genuine and say, ‘We’re just going to do all these things.’ But we already have a president like that. (Biden) knows we have to build consensus.”

Biden also drew a qualified defense from Republican Sen. Tim Scott of South Carolina, the only black senator from his party. Scott said that Biden “should have used a different group of senators” to make his point but that his remarks “have nothing to do with his position on race” issues. Scott said the reaction reflects an intense environment for Democrats in which the desire to defeat President Trump means “anything the front-runner says that is off by a little bit” will be magnified.