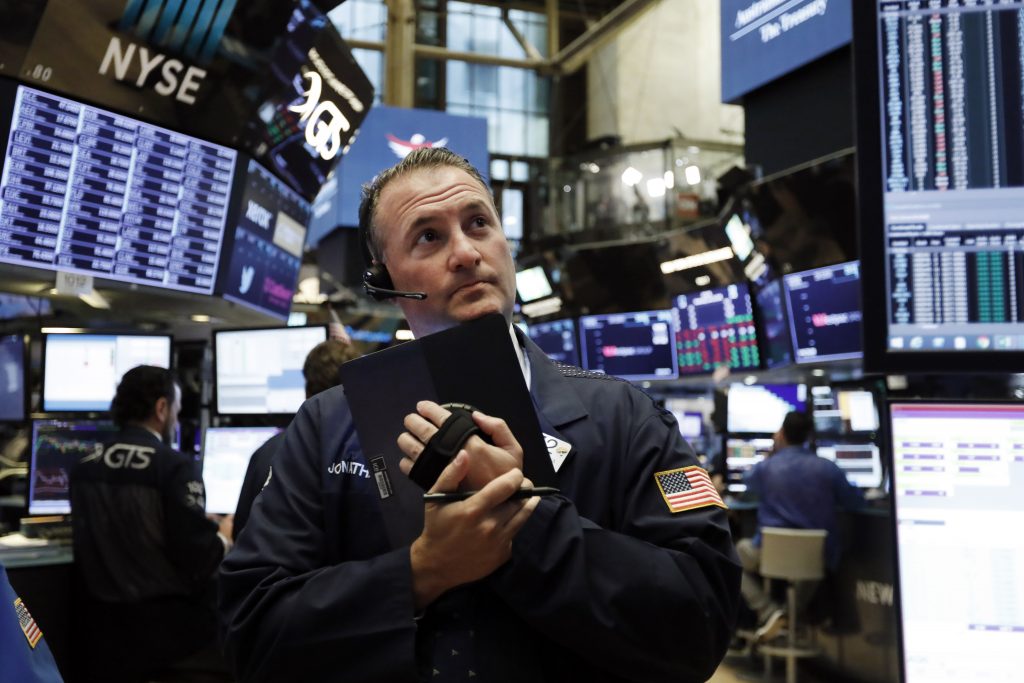 U.S. stock indexes veered modestly higher Wednesday afternoon after the Federal Reserve reaffirmed that it is prepared to cut interest rates if needed to shield the economy from trade conflicts or other threats.

As expected, the central bank’s policymakers decided to leave the Fed’s benchmark interest rate unchanged. Investors are betting on at least one interest rate cut this year, possibly as early as July.

Stock indexes wavered between small gains and losses ahead of the Fed announcement. The bond market had a more pronounced reaction to the Fed’s statement. The yield on the 10-year Treasury note briefly touched its lowest level since September 2017. It fell to 2.05% from 2.06% late Tuesday.

The market is coming off two days of gains that are driving a June rebound in stocks after a dismal sell-off in May. The broad S&P 500 index is within striking range of its all-time high, set on April 30.

Health-care stocks drove much of the market’s gains after the Fed announcement. Allergan climbed 5.8% and UnitedHealth Group rose 2%.

Materials, communications and energy sector stocks were among the biggest laggards. DuPont slid 2.1% and Facebook lost 1.6%.

Stocks opened the week higher and rallied on Tuesday after President Donald Trump said he plans to meet with China’s president at the end of the month to discuss their ongoing trade war. The announcement injected some hope into a market that has been volatile because of concerns over the lingering trade dispute and its potential impact on economic growth.

The market has rallied in the past and then dipped again because of seemingly good news on trade talks that did not result in any concrete progress.

“Our feeling is that the consumer is in pretty good shape still, but business investment has started to slow,” Ragan said.

The biggest issue looming over the market remains the U.S. trade war with China, but investors should continue focusing on long-term plans while keeping their portfolios diverse enough to weather volatility in the market, Ragan said.

FED FOCUS: The Fed left its key interest rate, which influences many consumer and business loans, unchanged Wednesday in a range of 2.25% to 2.5%. That’s where it’s been since December.

The central bank also said that because “uncertainties” have increased, it would “act as appropriate to sustain the expansion.” That language echoed a remark that Chairman Jerome Powell made two weeks ago that analysts interpreted as a signal that rate cuts were on the way.

The Fed also removed a reference to being “patient” about adjusting rates. That suggests that the central bank is now inclined to begin cutting rates for the first time in more than a decade. It remains unclear when that might happen.

The Fed’s statement comes a day after the head of the European Central Bank said it was ready to cut interest rates and provide additional economic stimulus if necessary.

FAMILY REUNION? Viacom rose 1.7% after The Wall Street Journal reported that the media company is discussing a reunification with CBS. A push for more formal talks would mark the third time the companies tried to reunite after splitting apart over a decade ago.