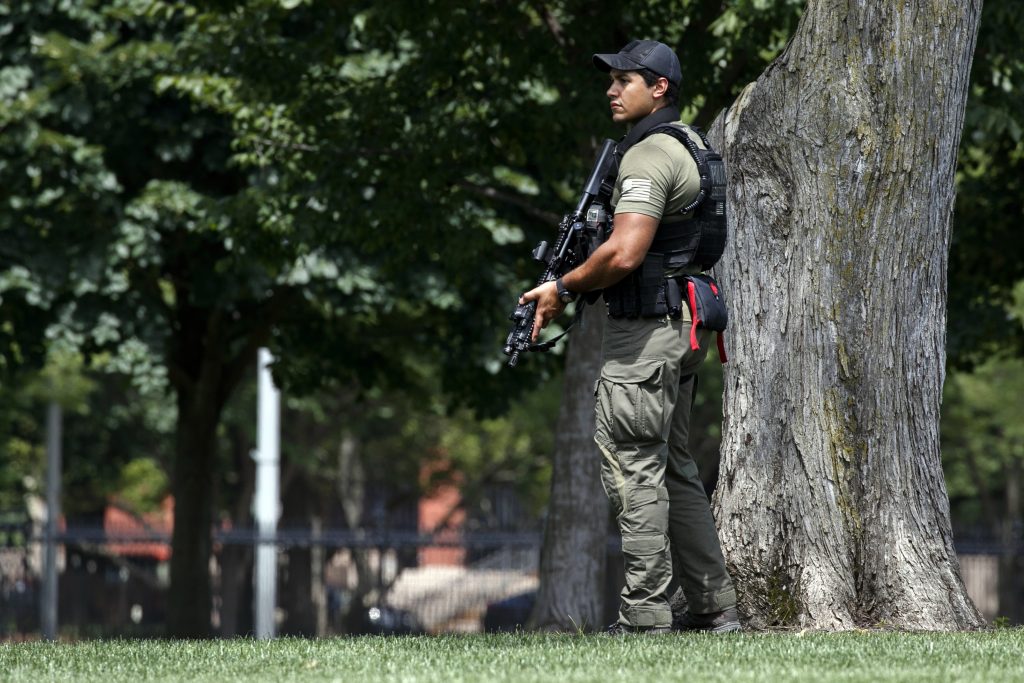 Streets near the White House were closed to pedestrian traffic for about an hour Wednesday afternoon following the report of a suspicious package, authorities said.

At about 2:45 p.m., a person dropped a backpack and tried to jump a bike rack along the sidewalk on Pennsylvania Avenue, the U.S. Secret Service said. The person, who wasn’t immediately identified, was taken into custody and charged with unlawful entry, according to the Secret Service.

Pedestrian traffic closures were ended after the backpack was cleared, the Secret Service said.

The incident comes ahead of planned construction of a taller White House fence following a series of attempted breaches. Crews will begin construction this summer on a fence that will be about 13 feet tall — an increase of five feet.

A man who climbed the White House fence on Friday was arrested and charged with assault on a police officer and unlawful entry.