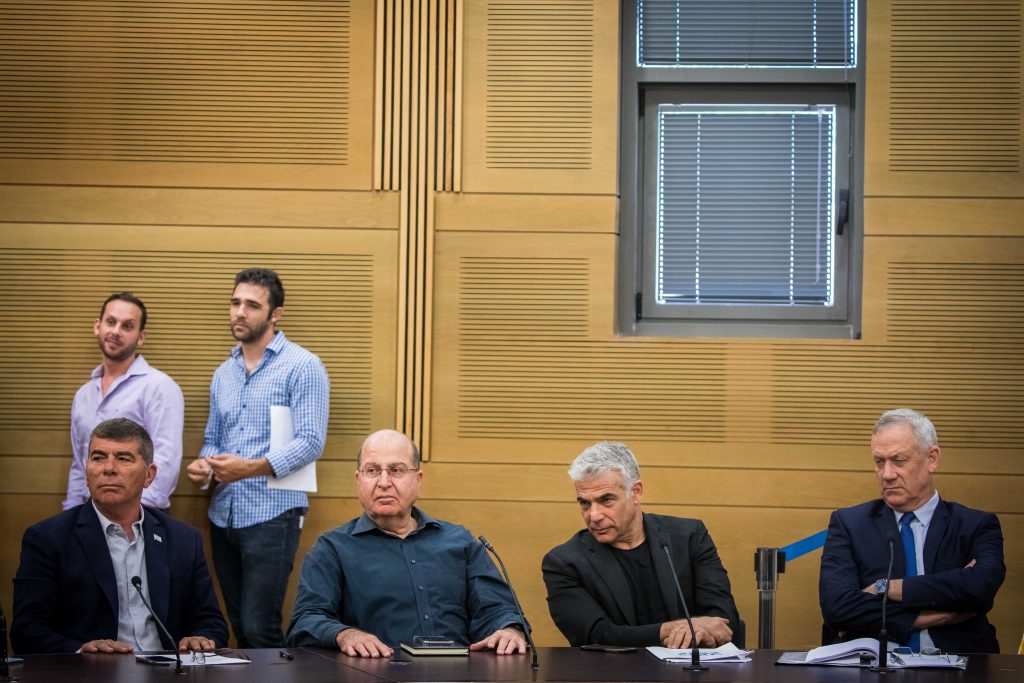 Signs that the Blue and White party may be coming apart emerged on Wednesday in local media reports on a move by MK Moshe Yaalon to oust MK Yair Lapid.

Yaalon was quoted as telling party members in a closed forum earlier this week that “Lapid is pushing away potential voters on the center-right and in religious communities.

“Lapid is a liability. He went for a negative campaign, a campaign of hatred that’s causing us damage. He’s attacking groups that could otherwise find their home in Blue and White, or be our partners in the future,” said Yaalon.

“His rotation for prime minister with Benny Gantz turned voters off,” Yaalon asserted, citing polls to that effect.

Yaalon’s office issued a statement which fell short of a direct denial of the report:

“Blue and White will run in the coming elections under the leadership of Benny Gantz, backed by a strong and united leadership, in order to form the next government for the benefit of Israelis. Yair Lapid is a friend and partner. I urge our political opponents to focus on public opinion and not on imaginary conflicts,” the statement, on behalf of Yaalon, said.

Lapid ran under Benny Gantz as the party’s No. 2 in the April elections; Yaalon was No. 3.