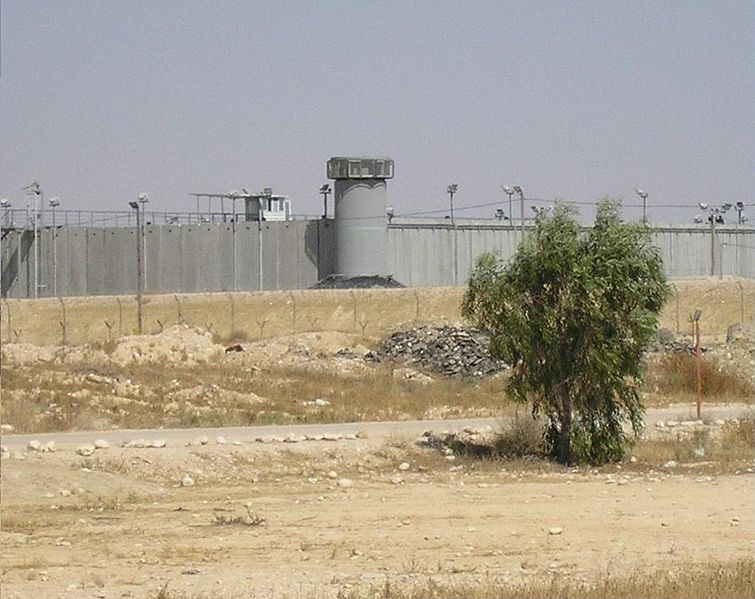 A technological “blanket” that blocked cellphone service at the Ramon Prison has been removed, Maariv reported, after Hamas prisoners threatened to riot. The proposed blanketing technology was the cause of riots at the prison three months ago, when terrorist prisoners set fire to 14 cells.

Prisoners were moved out of the security unit of the prison after the riot, so the cells could be repaired. The prisoners were returned to their cells last week, with the blanketing technology installed. However, many of the prisoners resisted being taken back to the unit, demanding that payphones be installed. Prison officials promised to do so, but as of yet the phones have not been installed.

Security officials told Maariv that the Prisons Service action in acquiescing to prisoner demands was unacceptable. “Over and over, the Prisons Service chooses to solve localized problems by doing anything possible to avoid prisoner violence and rioting in prisons. Every time the prisoners apply pressure, they get what they want. And what is happening here is matched by events outside of prison as well. It’s really not clear who is running the prisons – the prisoners or the authorities.”

In response, the Prisons Service said that “installation of the blanketing technology was a pilot program at Ramon Prison and was conducted according to the needs and schedule of the Prisons Service. We will be conducting further tests until the end of the pilot program,” which will entail turning the system on and off, the Service added.