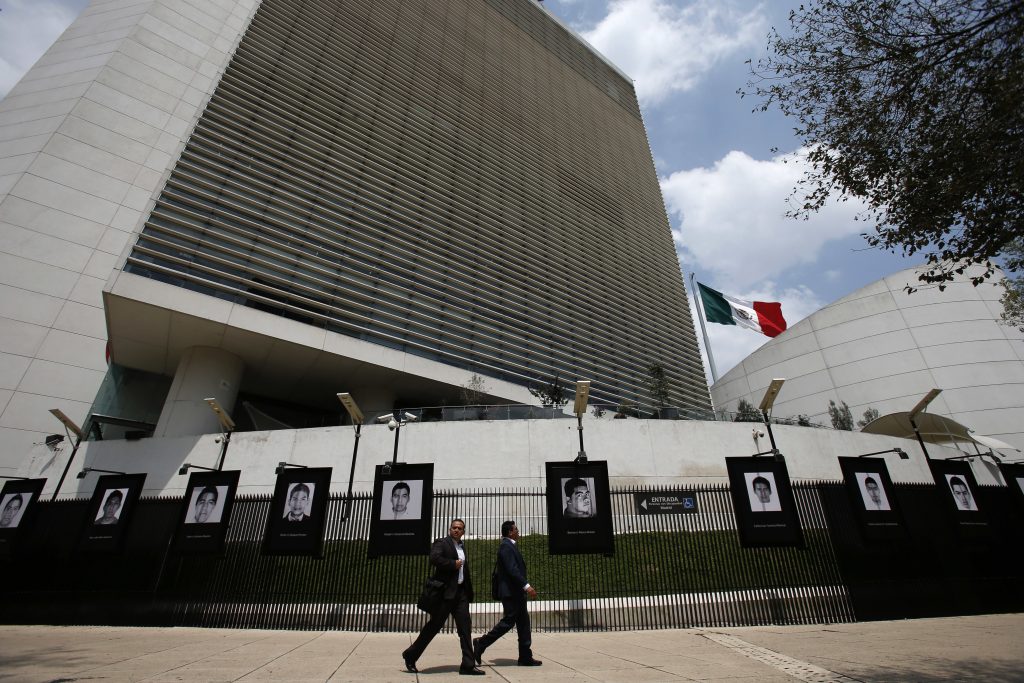 Mexico on Wednesday became the first country to ratify the new North American free-trade agreement after its Senate voted overwhelmingly to approve the deal updating the rules for one of the world’s largest trade blocs.

Mexico has been a proponent of the U.S.-Mexico-Canada Agreement, which builds on NAFTA, the free-trade accord that has transformed this nation’s economy over the past 25 years. Mexico sends about 80% of its exports to the United States, and the two countries’ manufacturing processes have become increasingly intertwined.

“With this (ratification), we are helping to provide certainty and legal support that will contribute to economic stability, trade, financial equilibrium and the fiscal health of our nation,” tweeted Ricardo Monreal, the majority leader of the Senate.

While the new treaty sailed through the Mexican legislature, it faces a rougher road in the United States. House Speaker Nancy Pelosi (D-Calif.) hasn’t set a date for a ratification vote. Democrats, who hold a majority in the House, say they want stronger enforcement mechanisms for the pact’s labor and environmental rules.

Canadian Prime Minister Justin Trudeau wants to get the deal through Parliament, but the timing is tight. He’s scheduled to meet with President Donald Trump at the White House on Thursday to check in on the trade pact.

If the Trump administration can reach an agreement with the Democrats, the Canadians will likely press ahead on a vote this summer – even if it means calling members of Parliament back from their summer break.

In Mexico, there has been little opposition to the new agreement. That nation’s Congress passed a labor law in April that strengthens independent unions, addressing concerns raised by U.S. Democrats.

“Obviously, we are hoping this helps to reduce the constant uncertainty we’ve faced since President Trump entered the White House,” said Juan Carlos Baker, a former subsecretary of foreign trade who helped negotiate the pact.

Mexico has been buffeted by constant threats by the Trump administration to disrupt trade. After Trump took office in 2017, he threatened to rip up the existing North American Free Trade Agreement, charging it was unfair to American workers. He later agreed to renegotiate the pact, producing the current agreement.

More recently, Trump threatened to impose stiff tariffs on all imports if Mexico didn’t halt the growing number of Central Americans crossing its territory to reach the United States.

Mexico agreed to step up enforcement of irregular migration, but the clash left many business leaders and politicians uneasy about the strength of their trade relationship with the United States.

In Mexico, passage of the new treaty — known here by its Spanish initials, T-MEC — was never in doubt. Leftist President Andres Manuel Lopez Obrador’s party holds a majority in the Senate. Opposition parties declared in recent days that they would back the new accord, although some senators did so reluctantly.

“It’s not the best treaty, but it’s the one we’ve got,” Antonio Garcia Conejo, a senator from the leftist Revolutionary Democratic Party, said during the debate. He added: “We have to keep seeking alternatives and diversify our commerce.”

The new agreement is essentially an updated version of NAFTA. Among its changes are a requirement that more components for autos be produced in the three countries, and a provision that around 40% of each vehicle be produced by workers who earn at least $16 an hour.