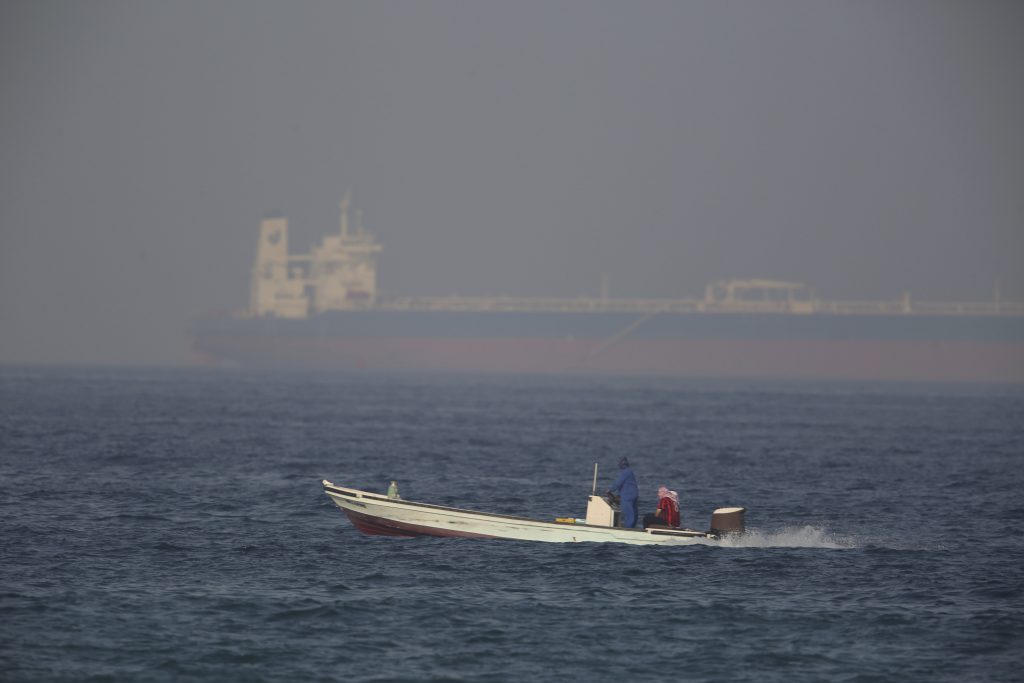 According to security official Mahdi Raykan, a Katyusha rocket landed at dawn in the Zubair and Rumeila oil fields camp, operated by the Iraqi Drilling Company, where Exxon Mobil and other foreign oil companies have tents.

Exxon Mobil, based in Irving, Texas, did not immediately respond to a request for comment. In May, it evacuated staff from the West Qurna 1 oil field in Basra province.

No one claimed responsibility for the attack and Iraqi oil exports were unaffected.

Tensions have escalated between Iran and the U.S. and there are concerns that Iraq could once again get caught in the middle between its two top allies. The country hosts more than 5,000 U.S. troops, and is home to powerful Iranian-backed militias, some of whom want those U.S. forces to leave.

In May, the U.S. evacuated nonessential diplomatic staff from Iraq. That came before a missile landed in Baghdad’s Green Zone, near the sprawling U.S. Embassy.

Wednesday’s rocket was the latest attack on an area housing U.S. interests. Over the past few weeks, rockets have also struck two Iraqi military posts where U.S. trainers are also based. No U.S. personnel were hurt.

Raykan, the Iraqi official, said the rocket was fired from a distance of up to 3 miles.

It landed in the operations area of the camp, part of the Burjesia compound that houses several foreign oil companies, including Exxon Mobile and also the Italian ENI, said another Iraqi official, speaking on condition of anonymity because he was not authorized to address the media.

Workers of the foreign companies were not on site at the time but still in their sleeping quarters, he said, adding that Exxon Mobil staff had begun returning to the Burjesia compound, which also houses workers operating in the Qurna oil field — one of Iraq’s largest.

On Tuesday, in a move clearly designed to prevent friction between U.S. troops and Iran or Iranian-backed militia, Iraqi Prime Minister Adel Abdul-Mahdi said foreign troops and local militias operating in his country are barred from confronting each other on Iraqi soil.

No foreign troops in Iraq should use its territory to attack another “foreign presence” or a country in the region, the prime minister told a news conference, adding that no local group should work outside of the supervision of the Iraqi armed forces.

The United States and Iran both said Tuesday they were not seeking war with each other despite the simmering tensions in the Persian Gulf region.

President Donald Trump vowed the U.S. would respond to any attack while Iranian President Hassan Rouhani said, “We do not wage war with any nation,” but Iranians will withstand mounting U.S. pressure and prevail in the brinksmanship.

Iran announced on Monday that it could soon start enriching uranium to just a step away from weapons-grade levels, a challenge to Trump’s assurances to allies that the U.S. withdrawal from the deal last year made the world safer.

The Pentagon responded by ordering 1,000 additional troops to the region, to bolster security in the Middle East in the face of what U.S. officials said was a growing threat from Iran.

The escalation follows apparent attacks last week near the Strait of Hormuz on oil tankers, assaults that Washington has blamed on Iran. While Iran has denied being involved, it laid mines in the 1980s targeting oil tankers around the narrow mouth of the Persian Gulf through which a fifth of the world’s crude oil passes.