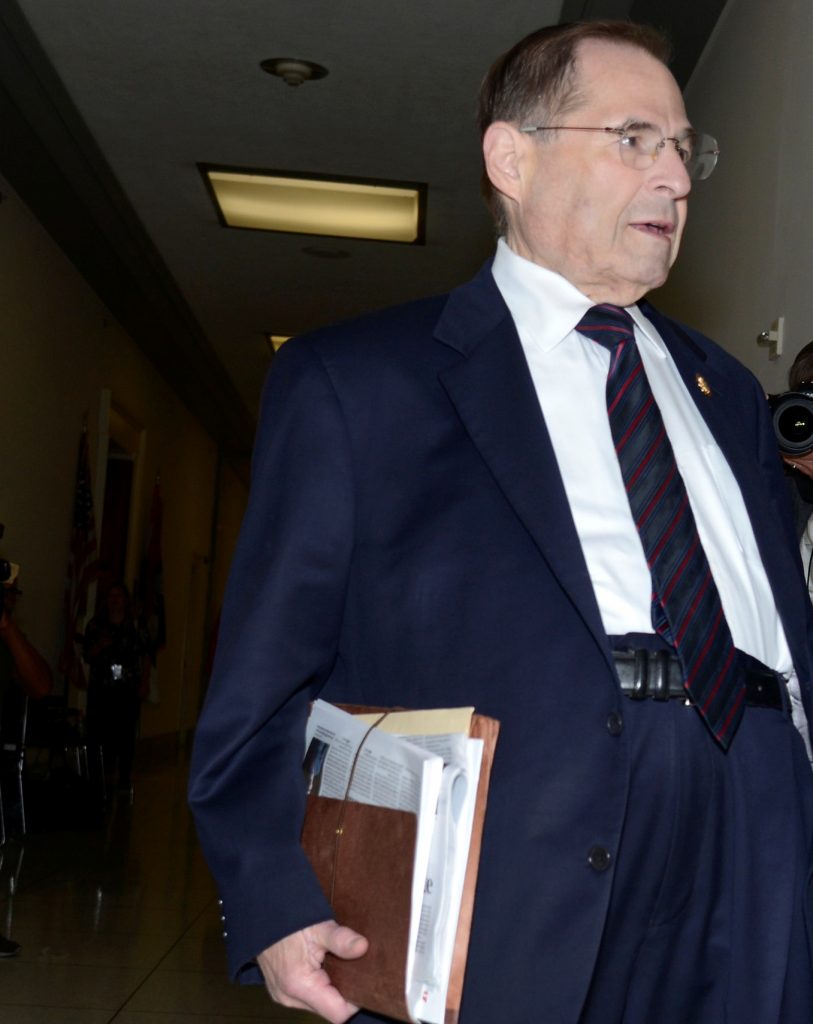 Hope Hicks, once a close aide to President Donald Trump, drew fire from Democrats on Wednesday for not answering questions during a closed House Judiciary Committee session about whether her former boss broke the law.

White House lawyers asserted immunity for Hicks on matters involving her 14 months in the Trump administration, continuing the strategy of not cooperating with investigations by the Democratic-led House of Representatives.

Lawmakers wanted to ask the 30-year-old publicist about six instances in which Democrats believe Trump may have broken the law during the 2016 presidential campaign and while in the White House. But Hicks’ responses were so limited that she would not even tell them where her White House office was, Democratic lawmakers told reporters.

Hicks also was directed not to answer questions about material she already told Special Counsel Robert Mueller during his investigation of Russian election interference and possible obstruction by Trump, the lawmakers said.

“They make the objection, we say it’s nonsense. But Hope Hicks is listening to what they’re saying in terms of objections, so she doesn’t answer,” Representative Ted Lieu said.

Lieu said Hicks did answer questions about the campaign but did not elaborate.

Democratic lawmakers said White House lawyers did not claim executive privilege but argued that Hicks was immune from having to testify, which they called a “bogus” position that does not exist in law.

“No prior president has engaged in such a transparent effort to block his own former aides from testifying about the president’s misconduct,” Judiciary Chairman Jerrold Nadler said in a letter to the White House counsel.

A source familiar with the situation says Hicks remains close to Trump and a strong supporter but does not speak with him as much as she did when she worked at the White House, when her office was right outside the Oval Office. When Trump was in Los Angeles recently, she visited with him.

Democrats who emerged from the session said they may go to court to force Hicks to respond.

“We have to establish the record of her refusal to answer the questions so that she can be compelled to do it. So this is what we’re doing today,” Representative David Cicilline said.

“It’s not at all helpful. It’s more obstruction by the White House,” said Representative Veronica Escobar, a Judiciary Democrat who said it was time to impeach Trump.

Republicans said nothing new came out of the questioning. “It appears to be Democrats trying to relitigate the Mueller report,” Representative Matt Gaetz.

Despite the closed setting, Democrats viewed Hicks’ appearance as a breakthrough for their congressional investigation, which could trigger impeachment proceedings against the president if it unearths evidence of serious misconduct.

House of Representatives Speaker Nancy Pelosi has supported letting the multiple congressional investigations play out before moving to impeach Trump. On Wednesday she said if the investigations find criminal wrongdoing, the path would be clear.

“If the goods are there, you must impeach,” Pelosi told reporters at a Christian Science Monitor breakfast.

Democrats wanted Hicks to talk about five examples of potential obstruction of justice by Trump that are laid out in Mueller’s report, as well as the president’s efforts to impede the Mueller investigation.

Democrats also wanted Hicks to testify about an effort by the president to mislead the public about a June 9, 2016, meeting at Trump Tower in New York, where the Mueller report said campaign officials, including the president’s son Donald Trump Jr., met with Russians offering “dirt” on Democratic presidential candidate Hillary Clinton. A key question is whether Trump himself was aware of the meeting at the time.

A transcript of her testimony will be featured at a Thursday hearing where the committee will examine an ABC News interview, in which Trump said he saw nothing wrong with accepting damaging information about a U.S. political opponent from a foreign government, aides said.

Democrats say Hicks’ appearance could help undermine Trump’s strategy of stonewalling congressional investigators by encouraging others to cooperate with them. It could also give them the chance to challenge in court any assertion of executive privilege — a legal principle sometimes cited by presidents to keep White House information under wraps.

Mueller’s 448-page report found insufficient evidence to establish that the Trump campaign engaged in a criminal conspiracy with Moscow. It also described numerous attempts by Trump to impede Mueller’s investigation but stopped short of declaring that he committed a crime.