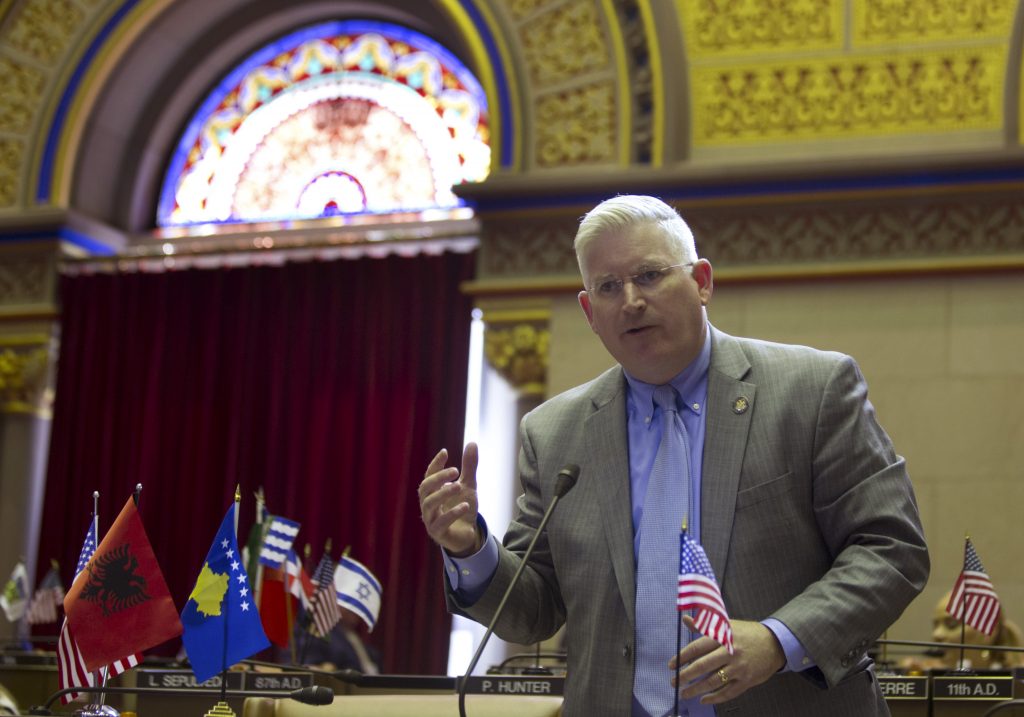 A county clerk in New York is challenging a new state law that would allow undocumented immigrants to obtain noncommercial driver’s licenses and learner’s permits.

This week, New York Gov. Andrew Cuomo, a Democrat, signed the Driver’s License Access and Privacy Act, colloquially known as the Green Light law, after an intense legislative debate. Advocates of the bill say it would mitigate stigma against undocumented immigrants, allowing them to contribute to the economy and more easily navigate their everyday lives.

Critics of the law worry that there are scant details in the legislation about how to actually implement the policy, and that providing undocumented immigrants with driver’s licenses could compromise security. It ultimately passed with just one more vote than the minimum requirement, 33 to 29. The bill takes effect in six months.

But Michael Kearns, the Erie County clerk, says he refused to comply because he thinks it is in violation of federal law and could have negative consequences on state and election security.

On Tuesday, hours after Gov. Cuomo signed the bill, Kearns sent a letter to Erie County Attorney Michael Siragusa declaring, “I will not be granting driver’s licenses to illegal immigrants,” and said that he planned to take action in federal court. He told The Washington Post on Wednesday that he hoped the courts could clarify whether county clerks could refuse to comply with the law, and whether the legislation was legal in the first place.

Kearns thinks the law, whose justification includes “the long-held need by undocumented immigrants and workers to secure driving privileges not only to get back and forth to work but to conduct tasks in their personal lives,” is in violation of the Immigration and Reform and Control Act of 1986, which prohibits employers from knowingly hiring undocumented immigrants.

“This was a hastily passed bill, hastily signed by the governor,” he told The Post. “There’s going to be many unintended consequences, and we’ll be talking about them in the next couple months.”

Kearns said he was worried that his staff, which was already strained by Real ID applicants seeking enhanced licenses required for domestic air travel and certain federal purposes, would now have to deal with a new influx of customers. He also said they were not trained on verifying foreign means of identification that were approved by the bill, which include a valid foreign passport, consular identification document or a foreign driver’s license from the applicant’s country of citizenship.

New York residents can also register to vote when they obtain a license, and Kearns worried that a noncitizen could “purposefully or inadvertently” do so. “This would be an all-out opportunity for someone who has broken the law,” Kearns said.

He said his office frequently issues licenses to noncitizens who are in the U.S. legally, including immigrants, students and refugees, but they are required to provide documentation of their immigration status.

Kearns is not the only county clerk to resist the new law. Rensselaer County Clerk Frank Merola told News 10 ABC that he would refuse undocumented immigrants driver’s licenses because he worried that it would become difficult to distinguish them from citizens.

“There’s no right to a driver’s license. It’s a privilege. It’s not a privilege we should be giving to someone that’s here illegally,” Merola said. “I’m not anti-immigrant. My wife is a naturalized citizen. My son is also a police officer, so I think more of law enforcement. I’ve never heard anybody in law enforcement come out and say this is a good idea. Not at all. It puts them in a tough position. They’re at a disadvantage here. We’re going to give them a license that looks just like yours or mine. They wouldn’t even know that they’re here illegally.”