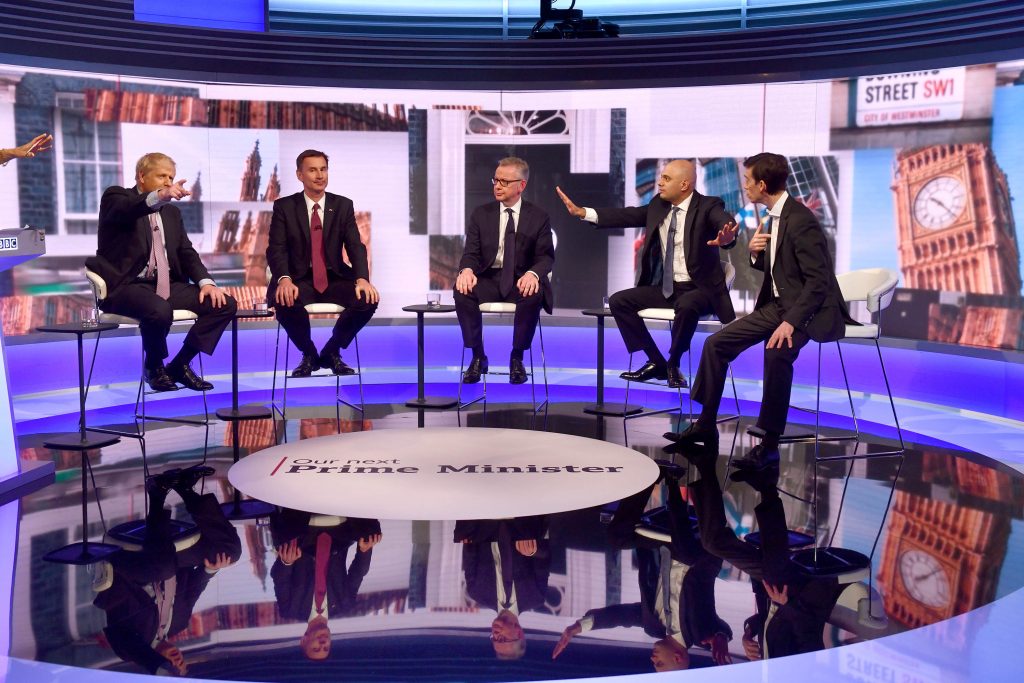 Brexit campaigner Boris Johnson took a step closer to becoming Britain’s next prime minister on Tuesday, winning 40% of votes in the second round of a contest on a firm promise to leave the European Union by Oct. 31.

Johnson, the face of the official Brexit campaign in the 2016 referendum, won 126 out of 313 votes and so goes through to a third ballot on Wednesday afternoon with four other candidates who won 33 votes or more.

The former foreign minister was far ahead of the rest of the pack, stretching a lead which, for many, makes Johnson the all but inevitable victor to replace Prime Minister Theresa May and take on Britain’s so far ill-fated Brexit negotiations.

At a BBC debate, Johnson repeated his pledge that he would take Britain out of the EU by Oct. 31, again saying the only way to do so was to prepare for a so-called no-deal exit and concentrate on winning a new trade deal.

“We must come out on the 31st of October, because otherwise I am afraid we face a catastrophic loss of confidence in politics,” Johnson said.

“October 31 is eminently feasible. Let me just say if we now say that we have a deadline that is not a deadline and we allow October 31 to come and go as March came and went and April came and went I think the public will look upon us with increasing mystification.”

With Johnson so far ahead, the race is on for second place, with Foreign Secretary Jeremy Hunt, Environment Secretary Michael Gove, International Development Secretary Rory Stewart and Home Secretary Sajid Javid all trying to prove they would be his toughest challenger.

The remaining five will now face votes until the race is whittled down to two candidates, who will face a postal ballot of the Conservative Party’s largely pro-Brexit members. A new prime minister should be chosen by the end of July.

At the debate, the four other candidates – after former Brexit minister Dominic Raab was knocked out – tried to test Johnson, a former London mayor who has so far been relatively silent in the campaign, even avoiding an earlier debate.