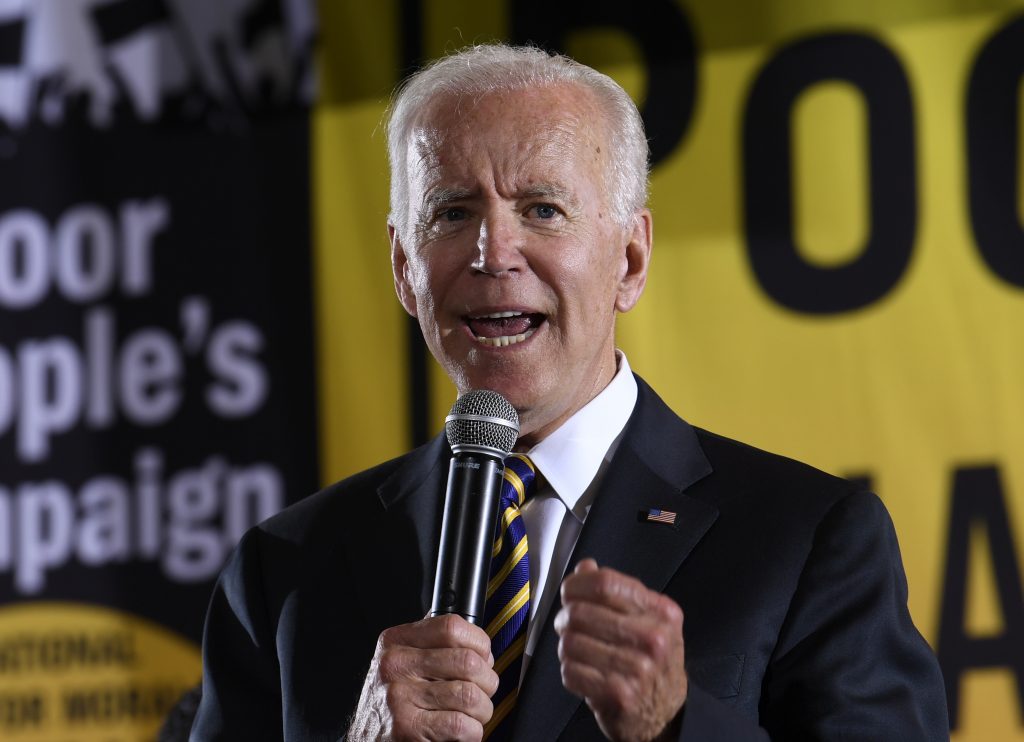 Joe Biden is under fire from rival Democratic presidential hopefuls for saying the Senate “got things done” with “civility” when he was first elected in 1973 and served alongside segregationists.

Speaking at a New York fundraiser Tuesday evening, he pointed to long-dead segregationist senators James Eastland of Mississippi and Herman Talmadge of Georgia to argue that Washington functioned more smoothly a generation ago than under today’s “broken” hyper-partisanship.

“We didn’t agree on much of anything,” Biden said, describing Talmadge as “one of the meanest guys I ever knew” and saying Eastland called him “son” rather than “boy,” a reference to the racist way many whites addressed black men at the time.

Yet even in that era of the Senate, Biden said, “At least there was some civility. We got things done.”

The comments quickly sparked one of the most intense disputes of the Democratic presidential primary, underscoring the risk to Biden as he tries to turn his decades of Washington experience into an advantage. Instead, he’s infuriating Democrats who say he’s out of step with the diverse party of the 21st century.

Sen. Cory Booker, one of two major black candidates seeking the Democratic nomination, said Biden’s “relationships with proud segregationists are not the model for how we make America a safer and more inclusive place for black people and for everyone.”

“I have to tell Vice President Biden, as someone I respect, that he is wrong for using his relationships with Eastland and Talmadge as examples of how to bring our country together,” the New Jersey Democrat said in a statement. “And frankly, I’m disappointed that he hasn’t issued an immediate apology for the pain his words are dredging up for many Americans. He should.”

Those comments were especially notable coming from a candidate who entered the 2020 primary with a sunny message, vowing to highlight “the best of who we are and not the worst.” That Booker would offer such a rejoinder to Biden underscores the potential political risk to the former vice president as he tries to reconcile his record on issues deeply relevant to minority voters.

New York City Mayor Bill de Blasio, a fellow Democratic presidential candidate and a white man who is married to a black woman, also offered a sharp retort to Biden.

“It’s 2019 & @JoeBiden is longing for the good old days of ‘civility’ typified by James Eastland,” de Blasio tweeted Wednesday, along with a picture of his family. “Eastland thought my multiracial family should be illegal.”

The mayor added that “it’s past time for apologies or evolution” from Biden. “He repeatedly demonstrates that he is out of step with the values of the modern Democratic Party.”

Bakari Sellers, a prominent black South Carolina Democrat who backs California Sen. Kamala Harris for president, said Biden’s remarks aren’t “singularly disqualifying.” But he said they’re part of a pattern that should raise questions about Biden’s attempt to position himself as the most electable Democrat.

“It’s death by a thousand cuts,” Sellers said, noting that Biden’s status as a 76-year-old white man from the political establishment may help him with some white voters who backed President Donald Trump but could cost him with black voters, women and younger voters necessary for any Democrat to win the White House.

“You aren’t going to build the winning coalition like this,” Sellers said. “The argument should be, ‘Joe Biden is the most electable if he will get out of his own way.'”

For his part, Biden has shown some self-awareness of the political peril of talking about the upside of working with those who hold opposing views. He sometimes notes he will “get in trouble” before making his standard pitch that the “other side” is “the opposition” but not “the enemy.”

His riffs are sometimes as innocuous as calling Bob Dole, the 95-year-old former Senate majority leader and 1996 Republican presidential nominee, a “decent guy” or paying homage to “my friend John McCain,” the former Arizona senator and 2008 GOP presidential nominee who died in 2018.

But other times he ventures into more controversial territory.

In the months before he announced his bid, Biden clarified remarks in which he called Vice President Mike Pence a “decent guy” after activists noted the Republican vice president’s opposition to some civil rights protections.

Some Democrats hammered Biden for arguing that Republicans on Capitol Hill will have an “epiphany” and start working with Democrats again once Trump has left office, noting the GOP congressional blockade of President Barack Obama, whom Biden served for eight years as vice president.

Massachusetts Sen. Elizabeth Warren, one of Biden’s leading opponents, casts Biden as naive. “Some say if we all just calm down, the Republicans will come to their senses, but our country is in a time of crisis,” she’s argued.

Biden has written and spoken for years of his relationships across a spectrum of politicians.

Earlier this year, he eulogized former Sen. Fritz Hollings of South Carolina, who was once a segregationist state legislator and governor. In 2003, Biden gave the same honor to Republican Strom Thurmond, another former South Carolina politician who was among the first “Southern Democrats” to leave the party over its civil rights stances.

At a May fundraiser in New Hampshire, Biden recalled as a young senator wanting to denounce then-North Carolina Sen. Jesse Helms, a racially divisive figure, for opposing a proposed forerunner to what eventually became the American with Disabilities Act. Biden said he thought Helms “had no redeeming social value,” but remembered being talked down by another senator who told him that Helms and his wife had adopted a son with cerebral palsy.

Biden’s takeaway was to question his colleagues’ “judgment” but “not motives.”