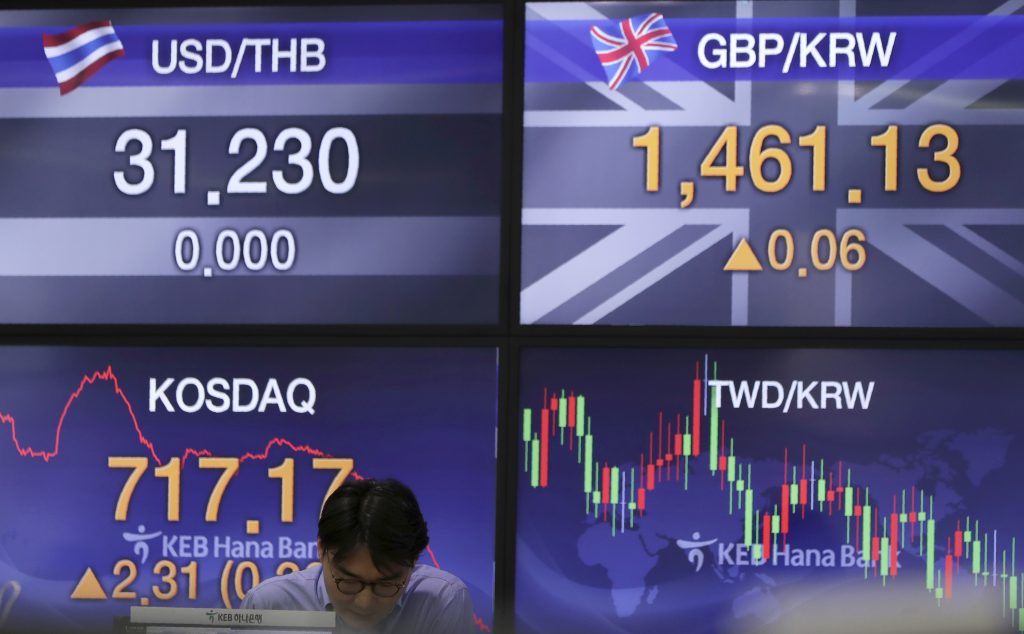 Asian shares hit five-week highs on Wednesday as investors wagered the Federal Reserve would follow the lead of the European Central Bank and open the door to future rate cuts at its policy meeting later in the day.

Adding to the cheer was news that President Donald Trump would meet with Chinese President Xi Jinping at the G20 summit later this month, even though most analysts doubt there would be a decisive breakthrough to end their countries’ damaging trade dispute.

“We expect no real change following the G20 sideline meeting. [But] the fact that both sides are talking should at least postpone thoughts of a further increase in tariffs,” ING’s Greater China economist Iris Pang said in a note.

All eyes are now upon the Fed which is scheduled to release a statement at 1800 GMT, followed by a press conference by Chairman Jerome Powell shortly after.

Yet all the clamor for easing creates risks the Fed will disappoint.

“Market expectations for a dovish shift are nearly universal, the only question seems to be the degree,” said Blake Gwinn, head of front-end rates at NatWest Markets.

Futures are almost fully priced for a quarter-point easing in July and imply more than 60 basis points of cuts by the end of December. “Markets will be looking for validation of this pricing,” he added. “We think this represents a fairly high bar for the Fed to deliver a dovish surprise.”

Allocation to global equities dropped 32 points to a net 21% underweight, the lowest since March 2009, while the bond allocation hit the highest since September 2011.

Interest rate expectations collapsed, while concerns about a trade war soared to be the top risk for investors, ahead of monetary policy weakness, U.S. politics and a slower China.

A Thomson Reuters/INSEAD survey found confidence among Asian companies at its lowest since the 2008-09 financial crisis as the trade war disrupts global supply chains.

The mood shift was clear in bond markets where German yields hit record lows deep in negative territory, while Japanese yields sank to the lowest since August 2016 at -0.145%.

The fallout in currencies was significantly less, in large part because it was hard for one to gain when all the major central banks were under pressure to ease.

Michael Hsueh, an analyst at Deutsche, noted the decisively dovish shift in central bank expectations was bullish for gold.

“This provides the desired backdrop – one in which investors are less likely to be concerned about the opportunity cost of holding a non-yielding asset, particularly versus the increasing stock of negative-yielding debt,” he said.

Reflation trades helped support oil prices, as did hopes for a thaw in Sino-U.S. tensions.