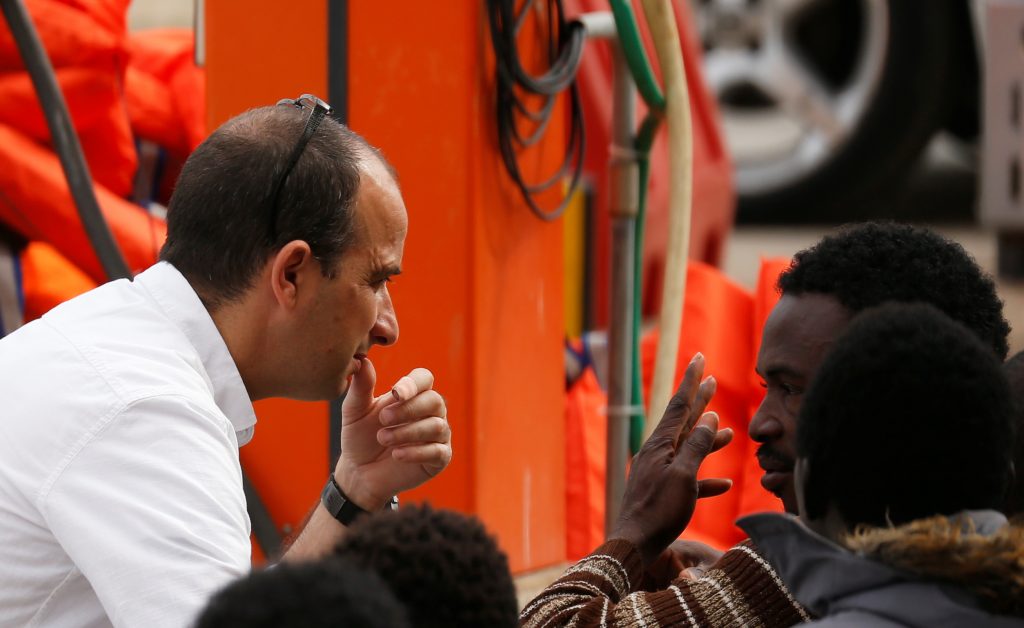 A European human-rights watchdog said on Tuesday that the European Union was violating international law with its increasingly restrictive stance on migration and should step up sea rescues – an element that is not part of the bloc’s new five-year action plan.

The EU has become tougher on immigration since a 2015 spike in Mediterranean arrivals caught it by surprise, stretching social and security resources and feeding support for right-wing and euroskeptic forces across the bloc.

The EU has since tightened its external borders and asylum laws, as well as giving aid to non-EU states on the eastern and southern rim of the Mediterranean to help them contain migration to Europe.

The bloc’s 28 national leaders are set to restate their commitment to these policies in a new “Strategic Agenda for 2019-2024,” a document they are due to endorse at a summit in Brussels on Thursday and Friday and a draft of which was seen by Reuters.

“Effective control of the external borders is an absolute prerequisite for guaranteeing security, upholding law and order, and ensuring properly functioning EU policies,” it says.

United Nations data shows irregular sea arrivals from the Middle East and North Africa dropped from over 1 million in 2015 to some 141,500 people last year. Fewer than 23,000 refugees and migrants have made it across the sea to Europe so far this year.

The data also shows nearly 15,000 people are estimated to have died or gone missing in the perilous sea voyage since 2015, including more than 500 so far this year.

The Council of Europe, the continent’s leading rights organization that includes EU states and others as members, said the bloc had failed in its duty to save lives and prevent returning people to where they are at risk.

“[EU member states] have adopted laws, policies and practices which have often been contrary to their legal obligations to ensure effective search and rescue operations, the prompt and safe disembarkation and treatment of rescued people, and the prevention of torture, inhuman or degrading treatment,” the human-rights watchdog said in a report on Tuesday.

The report outlines 35 recommendations for the EU to “reframe their response according to human rights standards,” including a reversal of the scaling back of sea rescue operations, as well as ending pressure on aid groups who do it.

“Not only do migrants continue to die at sea, but in some cases they are intercepted and brought to countries – like Libya – where they are often subjected to torture, slavery, exploitation or indefinite and unlawful detention.”

Another practice that has raised alarm with rights advocates are repeated instances of EU states barring rescue boats from their ports, keeping them floating for days to avoid taking responsibility for the people on board.

The Council of Europe said it is the EU’s clear obligation under international humanitarian law to run effective sea-rescue missions, guarantee entry for those picked up, and provide legal migration avenues to Europe.

Underlying the EU’s reluctance to welcome people fleeing wars and poverty are bitter divisions over how to handle them. The main EU states of arrival, including Greece and Italy, say they cannot cope themselves.

The wealthy destination countries like Germany and France also want the EU to share people out but the nationalist governments – including Poland and Hungary in the bloc’s east – refuse to host any of the new arrivals.

Triggered by the chaos of 2015, the divisive dispute has weakened the EU’s unity and created enmity between member states that has spilled over to other policy areas from budgets to climate.