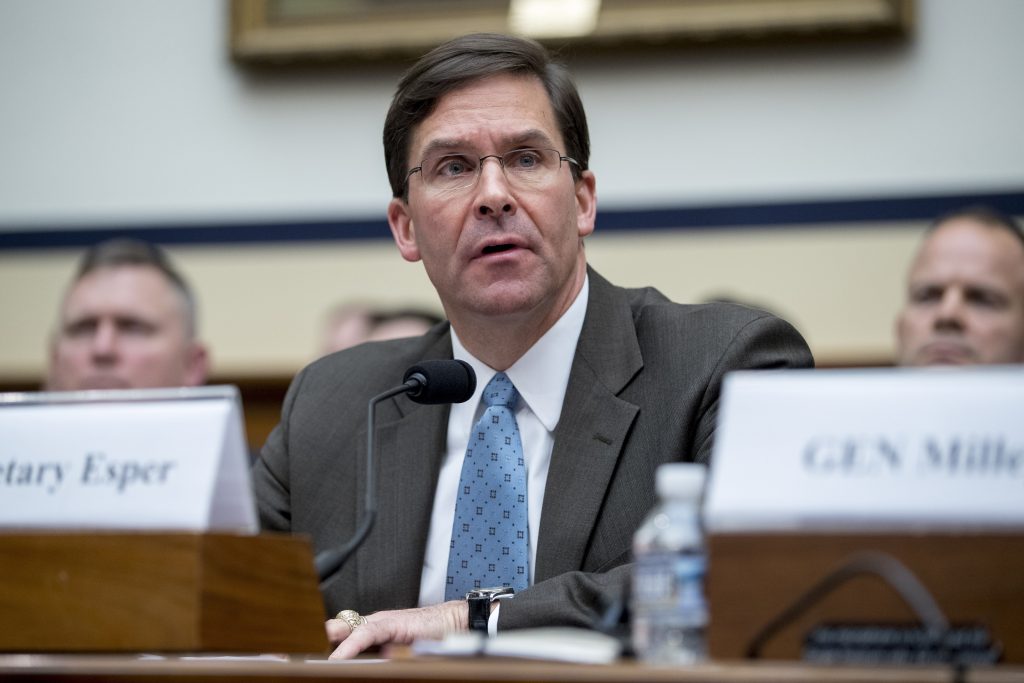 President Donald Trump said on Tuesday he would likely nominate Mark Esper to be the secretary of defense, hours after he named Esper, the secretary of the Army, to replace Patrick Shanahan as acting defense secretary.

Asked whether he would consider nominating Esper to be the defense secretary, Trump told reporters: “Most likely, that’s what I’m thinking about doing.”

“I think, frankly, this could happen very quickly for Mark Esper. He’s very experienced. He’s been around all of the things that we’re talking about for a very long period of time,” Trump said.

Shanahan announced earlier on Tuesday he would step down and withdraw from consideration to be defense secretary, a post which requires Senate confirmation. Trump said on Tuesday he had not asked Shanahan to withdraw.

U.S. media published reports on Tuesday about domestic violence allegations surrounding Shanahan and his family. Trump told reporters that he had heard about the allegations for the first time on Monday, and added that his administration had a very good vetting process for its nominees.