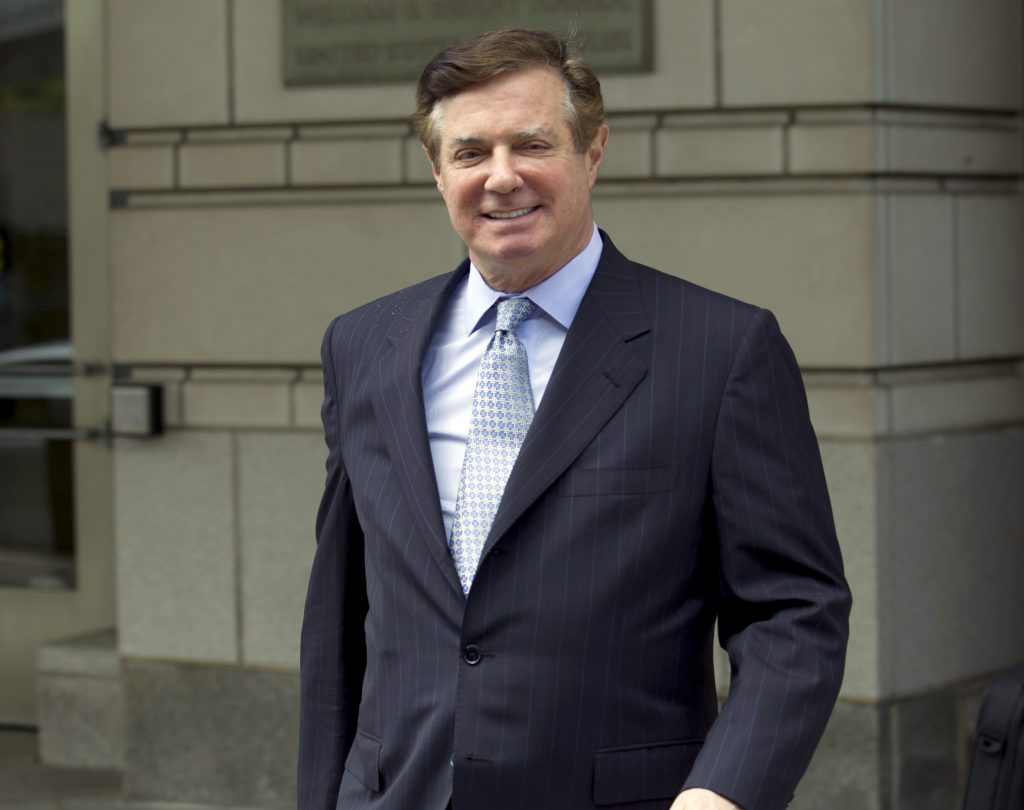 Convicted felon Paul Manafort will remain in federal custody, a U.S. Justice Department official said on Tuesday, citing concerns about the “health and personal safety” of President Donald Trump’s former campaign chairman if he were transferred to a local facility in New York.

The veteran Republican political operative had been expected to be transferred any day from a federal prison in Pennsylvania to a New York City-operated jail to face the state charges.

But Manafort, 70, was transferred on Monday to the Metropolitan Correctional Center (MCC), a federal facility in Manhattan. On Tuesday, The Bureau of Prisons’ website showed Manafort was there.

In a statement, a senior Justice Department official said Manafort’s attorneys told the Bureau of Prisons they were concerned about “his health and personal safety” in local custody.

New York prosecutors did not object to the move, which would make Manafort available to the state when needed, according to letters obtained by Reuters.

It is not clear if Manafort will remain at the MCC or return to Pennsylvania following his arraignment.

The MCC, which houses around 800 inmates, is where drug kingpin “El Chapo” is behind bars. Other criminals who have spent time there include Ponzi schemer Bernard Madoff, mob boss John Gotti, and “Blind Sheikh” terrorist Omar Abdel-Rahman.

In a May letter sent to the warden of FCI Loretto, the low-security federal prison in Pennsylvania where Manafort was housed before the transfer, Manafort’s lawyer said his client had suffered “health challenges” that would “best be addressed” by remaining at Loretto.

If transferred to New York, Manafort would likely be kept in solitary confinement at Rikers Island, a city jail that is “unsecure, unsanitary and dangerous,” attorney Todd Blanche wrote.

Vance replied that his office never said Manafort should be kept at Rikers or placed in solitary confinement, according to a copy of his letter.

Manafort should be turned over to New York State or kept in a federal facility in New York City, but Vance’s office said it would not object if he were housed in Pennsylvania.

The U.S. Bureau of Prisons did not respond to a request for comment.

Rudy Giuliani, a lawyer for President Trump, said it was a “perfectly appropriate exercise of power by federal authorities” to keep Manafort in federal custody.

“Rikers Island sounds like a punitive measure,” Giuliani said. He declined to comment on whether Trump had any say in the decision.

Trump has not ruled out an eventual pardon for Manafort. However, any presidential pardon would apply only to federal crimes and not to any state convictions.

Former federal prosecutor Roland Riopelle said Manafort’s situation was unique because he is an “ally of the president.”

“The agreement to keep Manafort in federal custody while he is being prosecuted in the state is, in my experience, unusual,” Riopelle said, though he added that it also was unusual to have dual prosecutions like Manafort’s.

Riopelle cautioned that the MCC was no walk in the park.