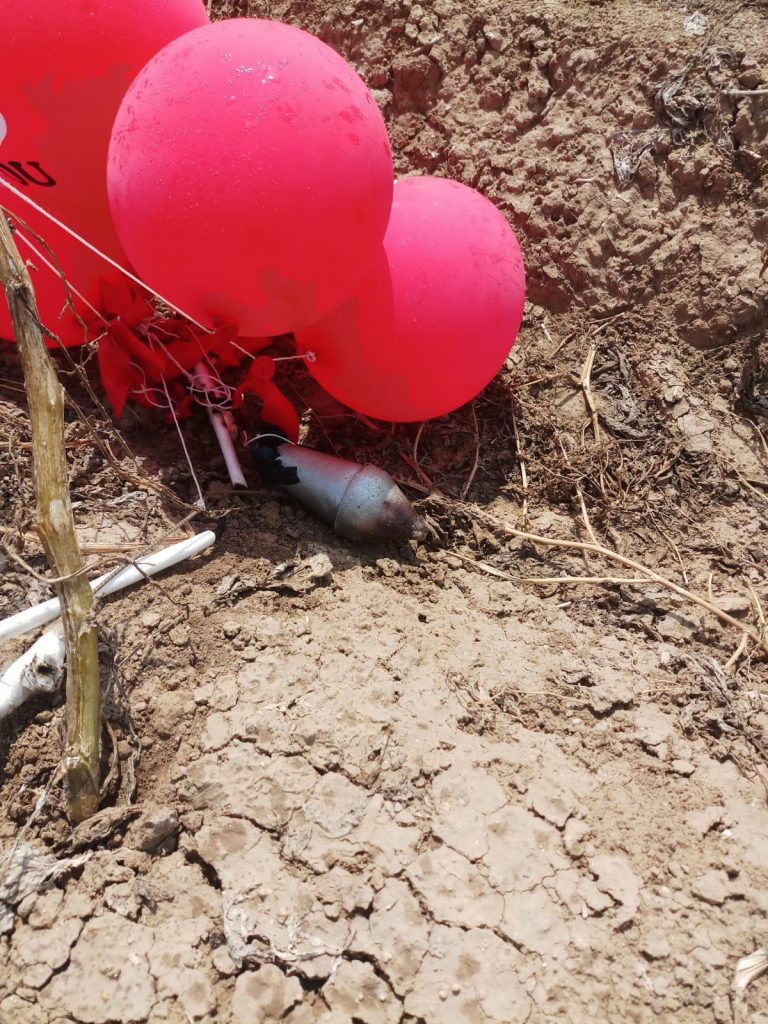 The IDF called off a naval closure of the Gaza shore Tuesday, reauthorizing vessels to ply the waters off the Gaza shore again – and it restored the area Gaza fishermen could fish to 10 nautical miles offshore. The closure was imposed last week, after numerous fires broke out in Israel due to incendiary balloons.

Balloons have been found nearly every day since last Wednesday, the day the naval closure was imposed, including Tuesday; a cluster of terror balloons was seen in Kibbutz Nachal Oz, in the Gaza border region. Police bomb squad experts were called in to dismantle the explosive attached to the balloons.

The reopening of waters to Gaza sailors and the expansion of the fishing area was done for humanitarian purposes, the IDF said. In a statement, the IDF said it took the step “as part of our policy to prevent humanitarian disaster in Gaza and in line with our separation of terror activity from civilian activity.”

The expansion of the fishing area, the IDF said, is “conditioned on the respect of agreements on the part of Gaza fishermen. Veering outside the area designated for fishing will not be tolerated, and each violation will be handled as appropriate,” the army statement added.

The expansion of the fishing area is part of the understandings negotiated by U.N. and Egyptian mediators that led to the end of Gaza rocket attacks against southern Israel several weeks ago. Hamas and Islamic Jihad fired some 700 rockets at southern Israel during those attacks. Part of those understandings entailed an end to incendiary balloon attacks.

Overnight Monday, security officials said they arrested 9 wanted security suspects in other areas in Yehudah and Shomron. The suspects were wanted for participating in rioting and throwing stones and firebombs that endangered Israeli civilians and IDF soldiers. Several of the suspects were also charged with belonging to Hamas. All were being questioned on their activities by security forces.