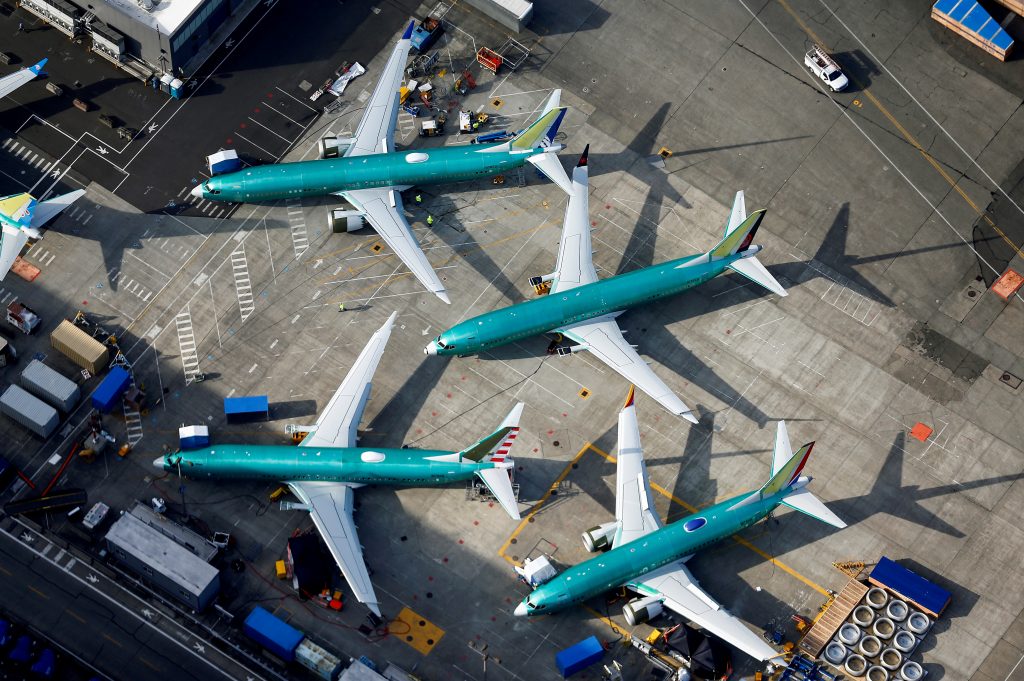 Boeing won a major vote of confidence at the Paris Airshow on Tuesday as British Airways owner IAG signed a letter of intent to buy 200 of its 737 MAX jets that have been grounded since March after two deadly crashes.

News of the deal, worth more than $24 billion at list prices, sent shockwaves round the world’s largest air show which had struggled to find its rhythm amid the 737 MAX crisis and concerns about an economic slowdown.

Airbus, the current supplier of IAG’s British Airways and Vueling brands, was stunned by the announcement which came months after it lost a major BA wide-body aircraft order to its U.S. rival. Industry sources said the European company had not been offered a chance to bid.

“We have every confidence in Boeing and expect that the aircraft will make a successful return to service in the coming months,” IAG Chief Executive Willie Walsh said of the 737 MAX, announcing the first deal for the plane since its grounding.

Boeing’s top-selling aircraft has been taken out of service worldwide since an Ethiopian Airlines 737 MAX crashed in March, five months after a Lion Air 737 MAX plunged into the sea off Indonesia. A total of 346 people died in the two disasters.

Boeing is working on a fix to anti-stall software at the center of investigations into the crashes and hopes to get approval from regulators to get the jet back flying by the end of the year.

Walsh, a former 737 pilot, said he would have “no hesitation” in boarding the plane and voiced confidence in the changes Boeing has made, having seen them first-hand on a 737 MAX simulator.

“I believe the aircraft is safe,” he said.

“Obviously it’s a breakthrough for Boeing to be able to say that a major airline has shifted to Boeing and an endorsement of the future of this aircraft,” said Goodbody brokerage analyst Mark Simpson.

Boeing has acknowledged it will take time to restore trust after a widely criticized response to the crashes and insiders say the company has assumed that the job of rebuilding confidence must, for now, be led by airlines and regulators.

“We can’t thank you enough for the confidence you placed in the Boeing family,” Boeing’s head of commercial airplanes Kevin McAllister told Walsh at a signing ceremony.

But the deal, covering a period at least four years away when some airlines are already hesitating to commit due to economic risks, will have come at what one experienced aircraft negotiator described as a “spectacular” price discount.

Aircraft typically sell at about half the official catalogue price, but discounts on the deal will be steeper, he said.

“Boeing gets an endorsement at exactly the right moment and this completely shifts the narrative; IAG gets to lock in very good pricing,” aerospace consultant Richard Aboulafia said.

But while the deal rescued Boeing’s fortunes inside the air show, safety experts stressed it remains unclear how and when regulators will allow the plane to fly. Walsh stressed it was up to the U.S. and global regulators to review the fix.

Airbus meanwhile snagged a crucial $6 billion order for 36 planes from Philippines budget airline Cebu Air, including 10 of the new long-range A321XLR model launched on Monday, and a deal to sell a further 30 A320neo aircraft to Saudi Arabian Airlines, worth $3.3 billion at list prices.

The deal making could help to soothe investor nerves that a decade-long boom in demand for commercial aircraft is coming to an abrupt end, but volume remains lower than previous years.

With airlines struggling to contend with overcapacity, slowing economies and geopolitical tensions, some analysts warn Airbus and Boeing could face a growing number of cancellations or deferrals from their bulging order books.

“Although investors have started to ask questions about the state of the upcycle, the aerospace industry remains very confident in the current state of the market,” analysts at Vertical Research Partners said in a note.

American Airlines and leasing giant GECAS are among airlines in talks to buy Airbus’s new A321XLR, which is aimed at helping airlines add routes with smaller planes and at stealing a march on Boeing proposals for a mid-market jet.