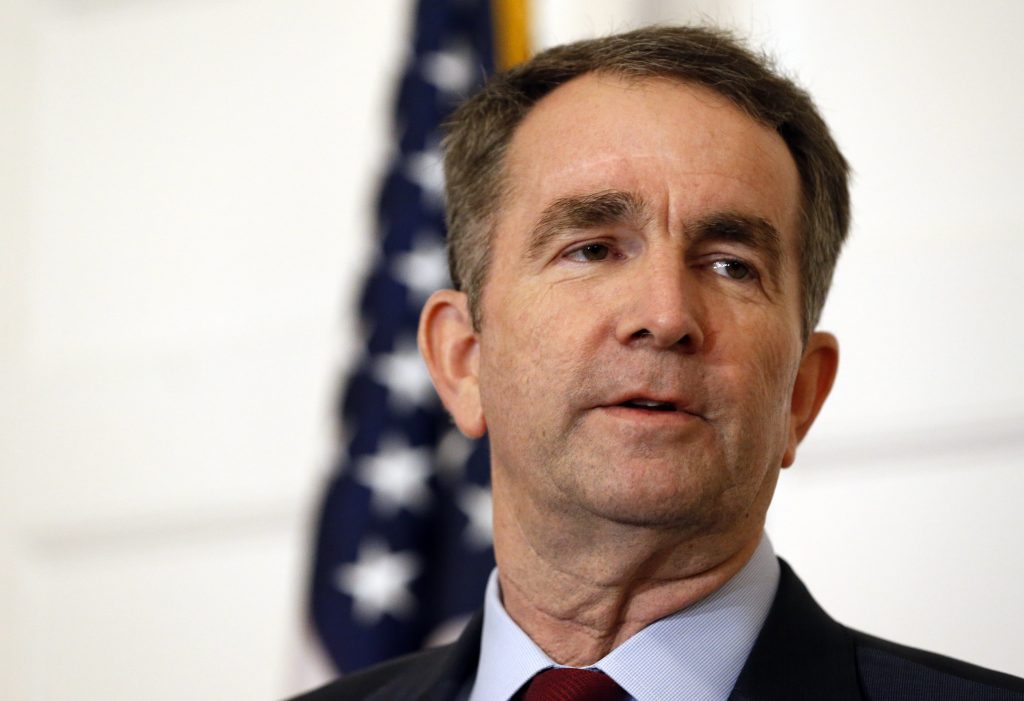 The Supreme Court dismissed the challenge to a lower court’s findings that some of Virginia’s legislative districts were racially gerrymandered, saying Monday that House Republicans did not have legal standing to challenge the decision.

The decision could give an advantage to the state’s Democrats. All 140 seats in the legislature are on the ballot this fall, and the GOP holds two-seat majorities in both the House (51 to 49) and the Senate (21 to 19).

Democrats have been hoping that a wave of successes in recent Virginia elections will propel them to control of the legislature for the first time since 1995.

The party that controls the General Assembly in 2021 will oversee the next statewide redistricting effort, following next year’s census — potentially cementing an advantage in future elections.

Primaries were held last week in the new districts.

The case split the court. Justice Ruth Bader Ginsburg wrote the majority opinion in the 5- 4 case, saying that House Republican leaders could not challenge the court ruling because they did not represent the commonwealth.

“The State of Virginia would rather stop than fight on,” she wrote. “One House of its bicameral legislature cannot alone continue the litigation against the will of its partners in the legislative process.”

She was joined in an unusual alignment by Justices Clarence Thomas, Sonia Sotomayor, Elena Kagan and Neil Gorsuch.

Justice Samuel Alito Jr. dissented, saying he saw no support “for the proposition that Virginia law bars the House from defending, in its own right, the constitutionality of a districting plan.” He was joined by Chief Justice John Roberts Jr. and Justices Stephen Breyer and Brett Kavanaugh.

Because the state did not draw a new map after the decision by the panel of judges in the U.S. District Court for the Eastern District of Virginia, the judges had an outside expert draw a new map.

It realigns a total of 26 House districts as it remedies the 11 under court order. Six Republican delegates would find themselves in districts with a majority of Democratic voters, according to an analysis by the nonpartisan Virginia Public Access Project.

House Republicans pointed out that the political boundaries they drew in 2011 won support from most Democratic legislators, including Gov. Ralph Northam and Attorney General Mark Herring, who were then state senators. They noted that the plan was approved by the Justice Department under President Barack Obama.

Mark Herring, the state attorney general, has argued that only his office has standing to represent the state in such a case, and it has opted not to appeal. The Trump administration filed a friend-of-the-court brief that essentially agrees with that position, saying that the House of Delegates as an institution has no inherent interest in the shape of its districts or who gets elected to represent them.

Not surprisingly, Virginia Democrats and Republicans had opposite reactions.

“Today’s Supreme Court ruling is a victory for democracy and voting rights in our Commonwealth,” Gov. Ralph Northam (D) said in a written statement. “When we corrected racially gerrymandered districts earlier this year, we righted a wrong — as I have always said, voters should choose their representatives, not the other way around. I am pleased that this fall, every Virginian, no matter who they are or where they live, will cast their ballots in fair and constitutional districts.”

Adam Kincaid, executive director of the National Republican Redistricting Trust, said the decision will have effects beyond Virginia.

“The broader implications of this holding will reverberate across the states, touching virtually every area of politically charged law,” he said in a statement. “The Court has sown to the winds of expediency and will reap a whirlwind of partisan mischief as state attorneys general pick and choose which laws they will defend and which they will disregard on behalf of those plaintiffs with which they are politically or ideologically aligned.”

House Speaker Kirk Cox (R-Colonial Heights) said he was “disappointed” with the ruling and noted that it hinged on the question of the chamber’s standing rather than the merits of what he described in a written statement as a “constitutionally enacted redistricting plan.”

He blamed the state’s attorney general for declining to defend the maps, which, he noted, had been passed in 2011 “with an overwhelming majority.”

The Supreme Court has already considered the 2011 legislative map once. It told a lower court to consider whether some of the districts for the Virginia House of Delegates were racially gerrymandered, by grouping black voters together in a way that left white candidates able to prevail elsewhere. As a practical matter, such a result would benefit Republicans.