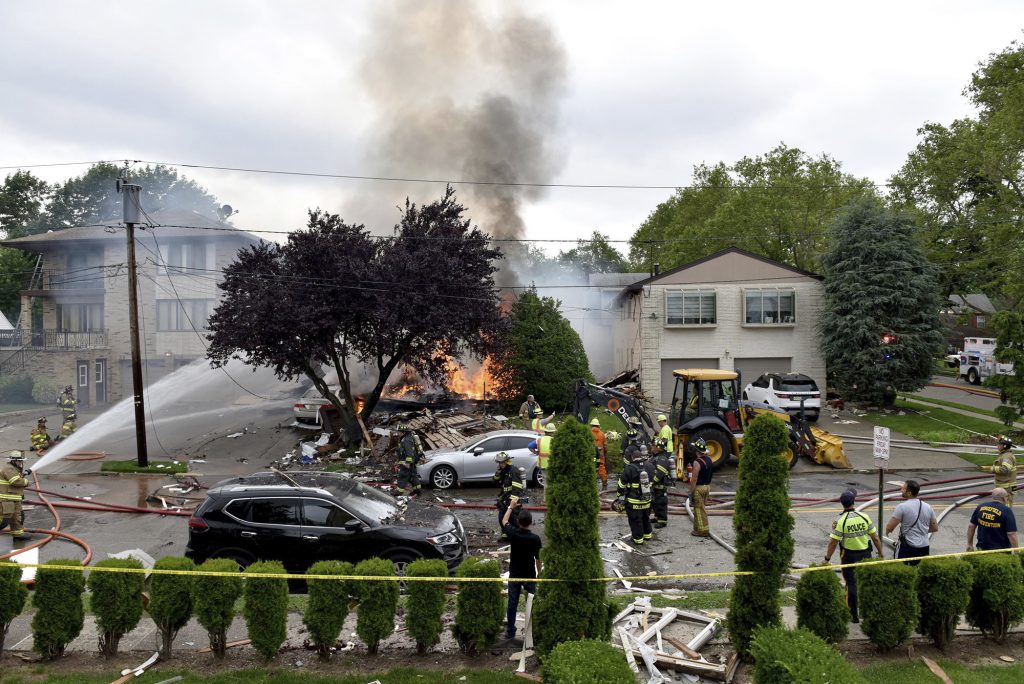 An explosion leveled a home in New Jersey on Monday, injuring the lone occupant, who was pulled from the burning rubble by an off-duty police officer.

Heavy flames and a large plume of smoke were visible as the two-story home quickly crumbled to the ground after the morning explosion in Ridgefield.

Town officials initially said the person in the home wasn’t injured. But authorities later said that person suffered undisclosed injuries and was taken to a hospital. The person is in stable condition.

While it wasn’t immediately clear what caused the explosion, neighbors said the blast “sounded like a plane crash” and rattled their homes while spreading debris across a wide area. The debris damaged some nearby homes, and rattled residents were evacuated as a precaution while crews fought the blaze.

“I was just in my room and at my computer and I heard a loud boom,” said Christian Torres, who lives across the street from the home where the explosion occurred. He told The Record that his family’s home “started shaking (and) my mom started calling my name.”

Authorities say the off-duty officer, who lives nearby, was walking in the area when he heard and saw the house explode. He reported the blast and then dug through some debris to free the trapped resident with the help of other responders. The officer was not injured. His name has not been released.