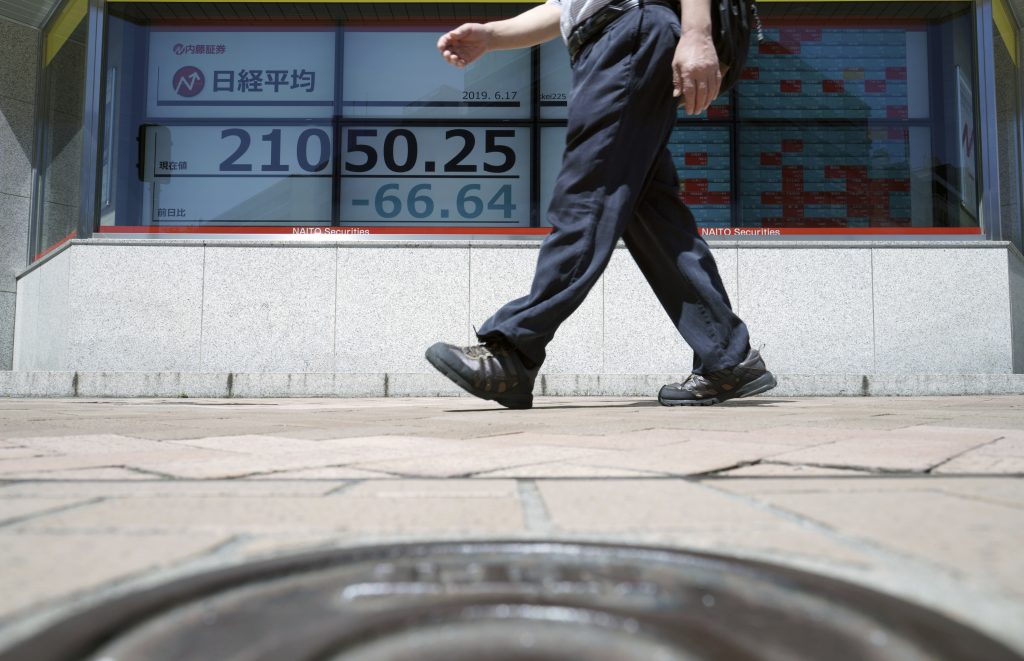 Asian shares were mixed Monday amid a wait-and-see attitude about the direction of interest rates and the trade dispute between the U.S. and China.

On Wall Street, stocks ended a choppy week of trading with modest losses.

Earlier this month, U.S. Federal Reserve Chair Jerome Powell set off a market rally after he signaled that the central bank is willing to cut interest rates to help stabilize the economy if the trade war between Washington and Beijing starts to slow economic growth.

The Fed holds its next meeting of policyholders this week, but no action on rates is expected.

Economists expect Fed officials to wait until the second week of July to indicate whether they intend to cut rates, after seeing the next government report on the jobs market and other economic data.

Market watchers are also closely watching the results of the G-20 summit in late June, where President Donald Trump and Chinese President Xi Jinping could meet and try to negotiate a deal on trade.

“Sentiments around the ability to achieve a positive turn in U.S.-China trade negotiations, should the Trump-Xi meeting materialize at the sidelines of the G-20, remain tentative,” said Vishnu Varathan of Mizuho Bank in Singapore.

“And the G-20 itself is merely a stage to kick the can down the road and a long, long way off a complete retraction of global trade tensions.”