General More Than 250 Dolphins Have Stranded Themselves From Florida to Louisiana
Health, Science & Technology 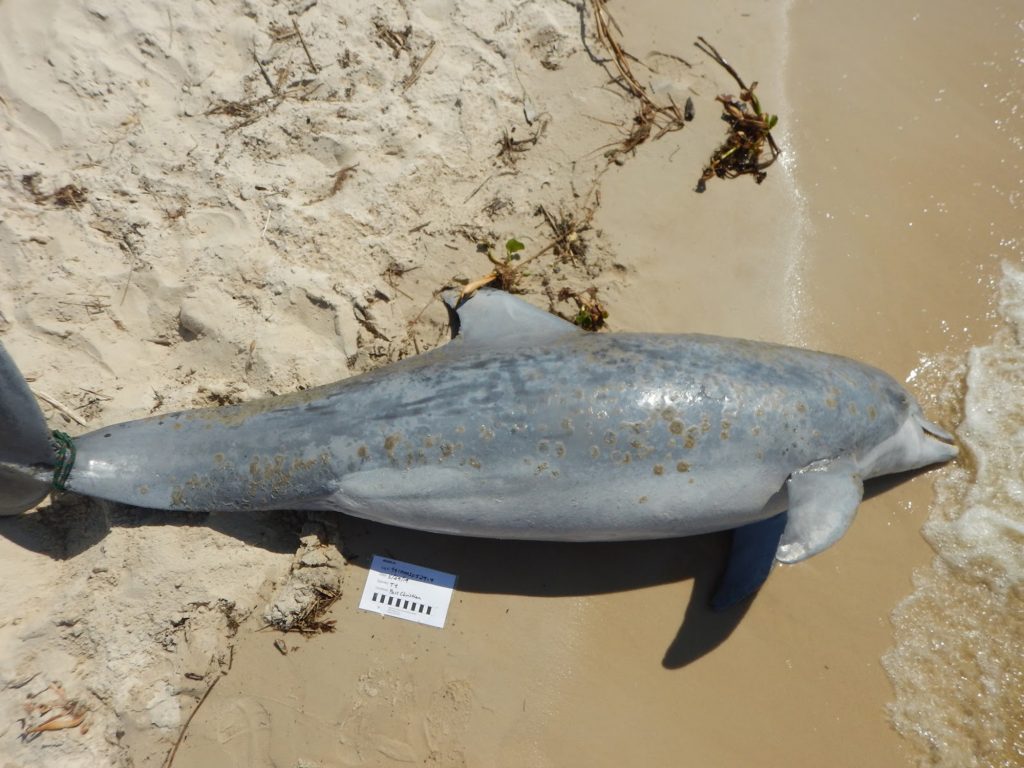 It’s been a bad year for dolphin strandings in the Gulf of Mexico.

Since Feb. 1, 261 dolphins have stranded themselves along the beaches from Florida’s panhandle to Louisiana, according to a report from the National Oceania and Atmospheric Administration. The majority of these strandings are for Atlantic bottlenose dolphins.

The NOAA report said the number is three times higher than normal and has declared it an “Unusual Mortality Event” or UME.

“It is too early to determine any potential causes of the UME,” the reports said. “Many of the dolphins recovered are very decomposed, limiting the ability to collect samples to determine cause of illness or death. In addition, a number of dolphins have stranded in remote locations, which limits the Stranding Network’s ability to examine or recover the carcass.”

Some of the stranded dolphins, though, have shown signs of skin lesions that could be from freshwater exposure, the report said.

Samples from the deceased dolphins have been collected and will be tested by investigators from the Working Group on Marine Mammal Unusual Mortality Events.

If someone happens upon a stranded or distressed dolphin, officials ask them to call the Southeast Marine Mammal Stranding Network at 877-WHALE HELP (877-942-5343).

The NOAA posts the following do’s and don’ts:

DON’T push the animal back out to sea! Stranded marine mammals may be sick or injured. Returning animals to sea delays examination and treatment and often results in the animal re-stranding in worse condition.

If the animal returns to the water on its own, DON’T attempt to interact with it (swim with, ride, etc.).

DO put human safety above animal safety. If conditions are dangerous, do not attempt to approach the animal.

DO stay with the animal until rescuers arrive, but use caution. Marine mammals can be dangerous and/or carry disease. Keep a safe distance from the head and tail. Do not touch the animal and avoid inhaling the animal’s expired air.

If the animal is alive, DO keep its skin moist and cool by splashing water over its body. Use wet towels to help keep the skin moist and prevent sunburn.

If the animal is alive, DON’T cover or obstruct the blowhole. Try to keep sand and water away from the blowhole.

DO keep crowds away and noise levels down to avoid causing further stress to the animal.

DO report all dead marine mammals, even if they are decomposed.

DO keep dogs/pets away from the live or dead marine mammal.

DON’T collect any parts (tissues, teeth, bones, or gear, etc.) from dead animals. They are still covered by the Marine Mammal Protection Act.