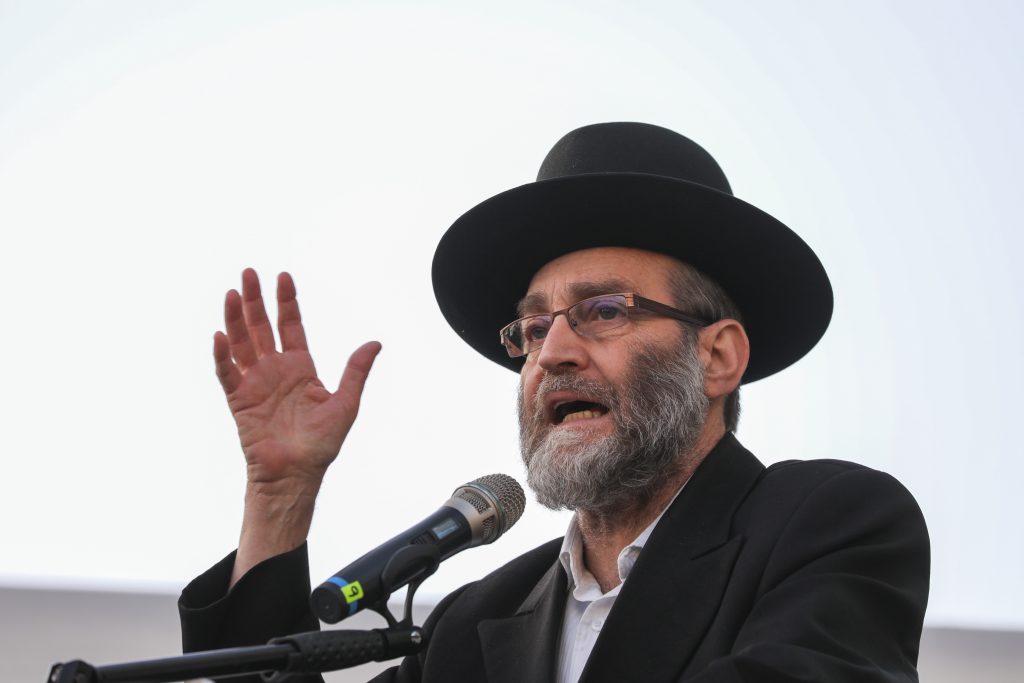 A major cut in the state budget is necessary in order to avoid financial disaster, but any decision the cabinet makes on those cuts are likely to be vetoed by Knesset Finance Committee chairman Rabbi Moshe Gafni. As the cabinet assembled Sunday to discuss a 4% cut in the budget, Rabbi Gafni said that although the government’s intentions were good, he could not allow such drastic cuts that would affect services for Israelis.

The cuts were prompted by a need to find funding for after-school programs upon which hundreds of thousands of families where both parents work depend for afternoon childcare. Some NIS 500 million was needed to ensure the funding, without which the cost to parents for the programs would have jumped by hundreds of shekels. To find that money, the government will cut the state budget by about a billion shekels, the first “installment” of a funding program that will see some taxes increased as well.

“I am happy that a solution was found to the after-school program issue, but with that I understand they are going to be making a major cut in the budget to pay for it, deducting money from all ministries. I will not allow that to pass,” Rabbi Gafni said. “We cannot make budget cuts to pay for all the things we have to find funding for – things like salaries and pensions for police, after-school programs, and others. Such budget cuts will harm other important programs and needs. I intend to keep the situation as is. The weaker segments of society are already behind in their funding – where do they plan to make cuts?”

After the budget cuts, the second step in the program will be increasing taxes; according to Globes, that will entail eliminating tax breaks on hybrid vehicles (currently worth a 30% credit on import and purchase tax), as well as requiring full or partial payment of Value Added sales Tax for online purchases, as well as implementing taxation on digital services, a move directed at companies like Google and Facebook, which today pay almost no taxes in Israel. The report said that tax officials were still working on the plan, in the hope that they would be able to “have the smallest impact possible on as few people as possible.”

State Attorney Avichai Mandelblit has approved the budget cuts. Mandelblit’s approval was necessary to ensure that the cuts hold up in court – because according to the Basic Law on Government, a caretaker government such as the one Netanyahu now leads is not empowered to add or subtract from the current state budget. Mandelblit said in his decision that the current budget deficit, which is “serious,” justifies the action by a caretaker government.