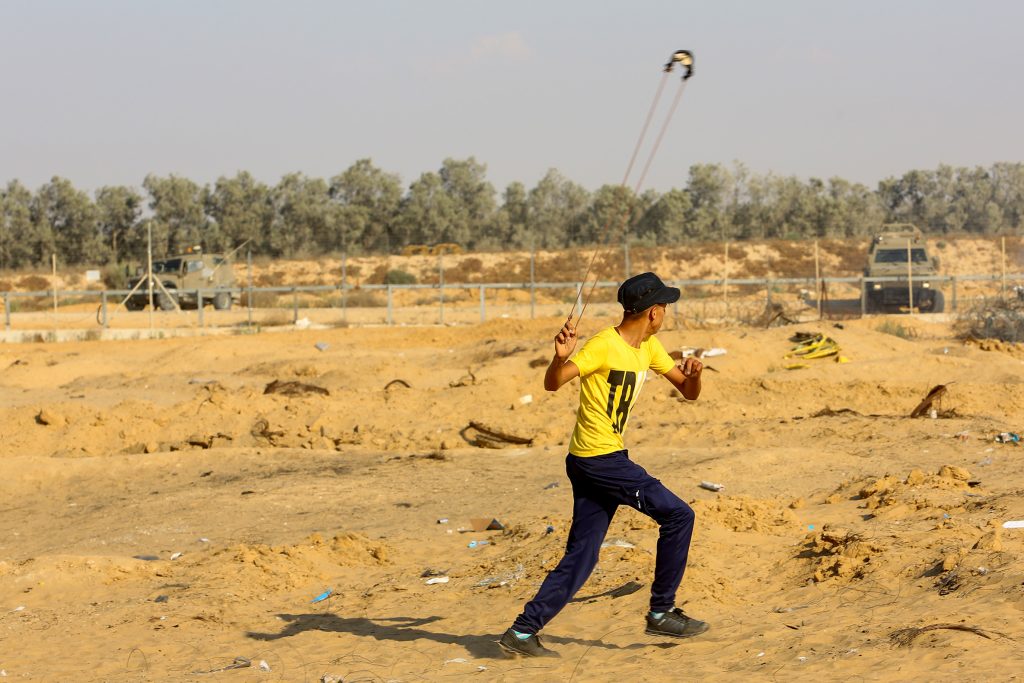 Seven fires broke out on Friday in the Gaza border area, caused by incendiary balloons dispatched by Gaza Arab terrorists – but Israel is set to allow a Qatari official to enter Gaza Sunday, for the distribution of cash to Gazans. The Palestinian Authority-based Al Quds newspaper reported that Israel had prevented the official from entering Gaza over the weekend, but would give the green light Sunday, Yediot Acharonot quoted the PA publication as saying.

The Qatari official has $25 million in cash, according to the report. Of that, $10 million will be immediately given to Israel to pay for gas and fuel for Gaza’s power plant, with an additional $10 million to be distributed in cash to families on a list compiled by Hamas. Each family will get $100. Many of those families have members in Israeli prisons, convicted of terror attacks. An additional $5 million will be handed over to United Nations officials to fund a jobs program.

PA sources said over the weekend that Hamas top terrorist Ismail Haniyeh met with U.N. Middle East liaison Nikolai Maldenov, and told him that neither Hamas nor Islamic Jihad was responsible for the rocket that hit a Sderot yeshivah last Thursday. Haniyeh said that an investigation was ongoing and that Hamas “was not interested in upsetting the understandings with Israel,” Yediot Acharonot reported.

Meanwhile, thousands of Arabs rioted along the Gaza border fence Friday, throwing firebombs at Israeli soldiers and dispatching dozens of terror balloons. Gaza sources said that 46 rioters were injured, as Israeli soldiers responded with anti-riot measures. Reports also said that rioters had succeeded in breaching the border fence in several spots, but were driven back to Gaza by soldiers.