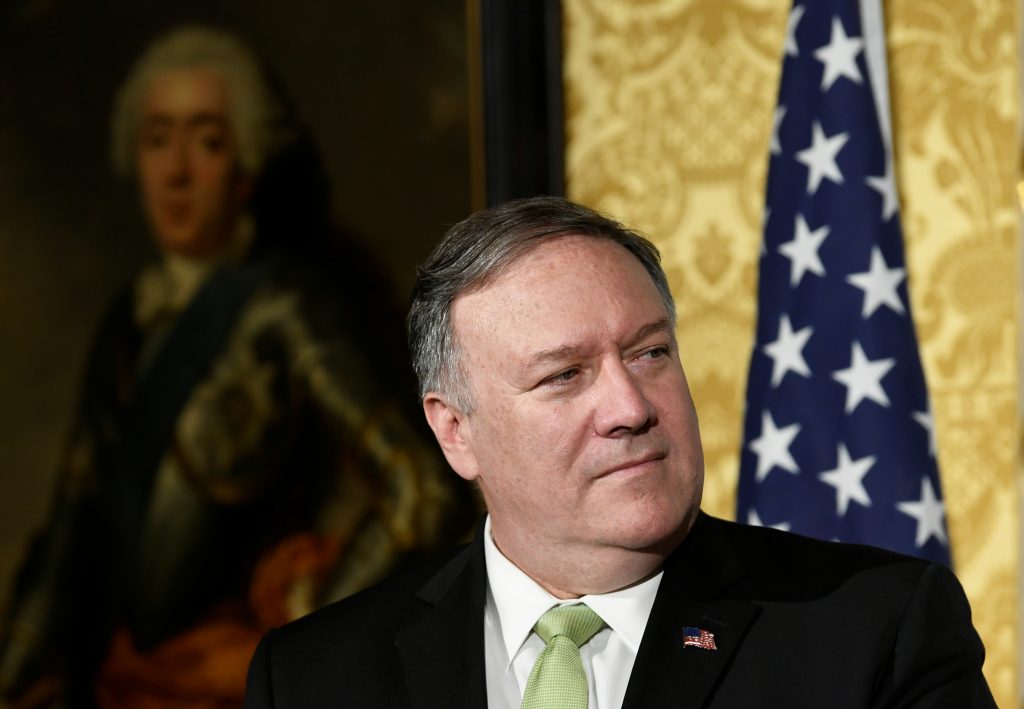 The United States does not want to go to war with Iran but will take every action necessary, including diplomacy, to guarantee safe navigation through vital shipping lanes in the Middle East, Secretary of State Mike Pompeo said on Sunday.

U.S.-Iran tensions are high following accusations by the administration of U.S. President Donald Trump that Tehran carried out attacks last Thursday on two oil tankers in the Gulf of Oman, a vital oil shipping route. Iran has denied having any role.

“We don’t want war. We’ve done what we can to deter this,” Pompeo said in an interview with Fox News, adding: “The Iranians should understand very clearly that we will continue to take actions that deter Iran from engaging in this kind of behavior.”

Pompeo, a former director of the Central Intelligence Agency, also defended the administration’s conclusion that Iran was behind the attack, saying there was other evidence beyond video footage released last week. “The intelligence community has lots of data, lots of evidence. The world will come to see much of it.”

Saudi Arabia on Saturday joined the United States in blaming Iran for the attacks and called for the international community to take swift action to secure Gulf energy supplies. The Strait of Hormuz is a major transit route for oil from Saudi Arabia, the world’s biggest crude exporter, and other Gulf producers.

Pompeo said the United States would take “all actions necessary, diplomatic and otherwise” to guarantee safe passage through vital shipping lanes, without providing further details. The secretary of state said the U.S. was discussing a possible international response, saying he had made a number of calls to foreign officials on Saturday regarding the attacks.

He cited China, Japan, South Korea and Indonesia as countries that rely heavily on freedom of navigation through the straits. “I’m confident that when they see the risk, the risk of their own economies and their own people and outrageous behavior of the Islamic Republic of Iran, they will join us in this.”

The United States is already embroiled in a standoff with Iran over its nuclear program, and has blamed the Middle Eastern country and its surrogates for other acts of aggression in recent months, including previous attacks on oil tankers in May and the targeting of U.S. drones in Yemen.

In a separate tv interview with CBS, Pompeo left open the possibility of U.S. military action in the region, but declined to discuss what form that might take.

Some conservative Republicans on Sunday called on the Trump administration to take a tough stance.

Rep. Steve Scalise (R-La.), the No. 2 House Republican, said the White House had been briefing Congress on Iran. “We don’t want to see it escalate to where it is a military operation,” he told NBC, adding, “But we have to stand up to Iran.”

But Democratic Representative Adam Schiff, who chairs the House Intelligence Committee, cast doubt on America’s ability to rally the international community to protect shipping lanes and impose sanctions, saying it had alienated its allies. He said the evidence pointing to Iran being behind Thursday’s attacks was “compelling.”

“The problem is that we are struggling, even in the midst of this solid evidence, to persuade our allies to join us in any kind of a response and it shows just how isolated the United States has become,” he told CBS.