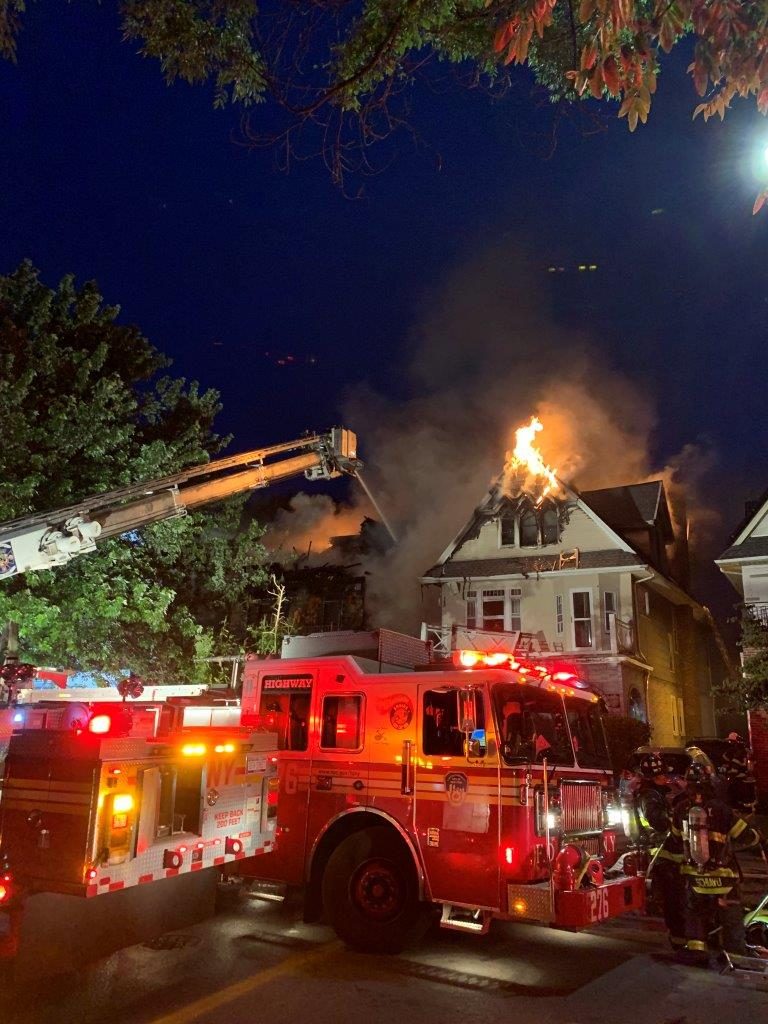 Police arrested early Sunday a 41-year-old man in connection with a four-alarm fire that burned through three homes in Flatbush last Thursday. The Pennsylvania man faces two counts of attempted murder and one count of arson, police said.

The fire torched three buildings and injured at least 12 people, babies and firefighters among them.

Law enforcement sources believe the that fire was started in a vehicle and then spread to homes. A neighbor’s security camera caught the moment the car went up in flames. Seconds later, a man is seen running away.

It didn’t take long for that fire to spread to the home on East 17th Street and to two neighboring homes as well. Police believe an accelerant was used to spread the flames.