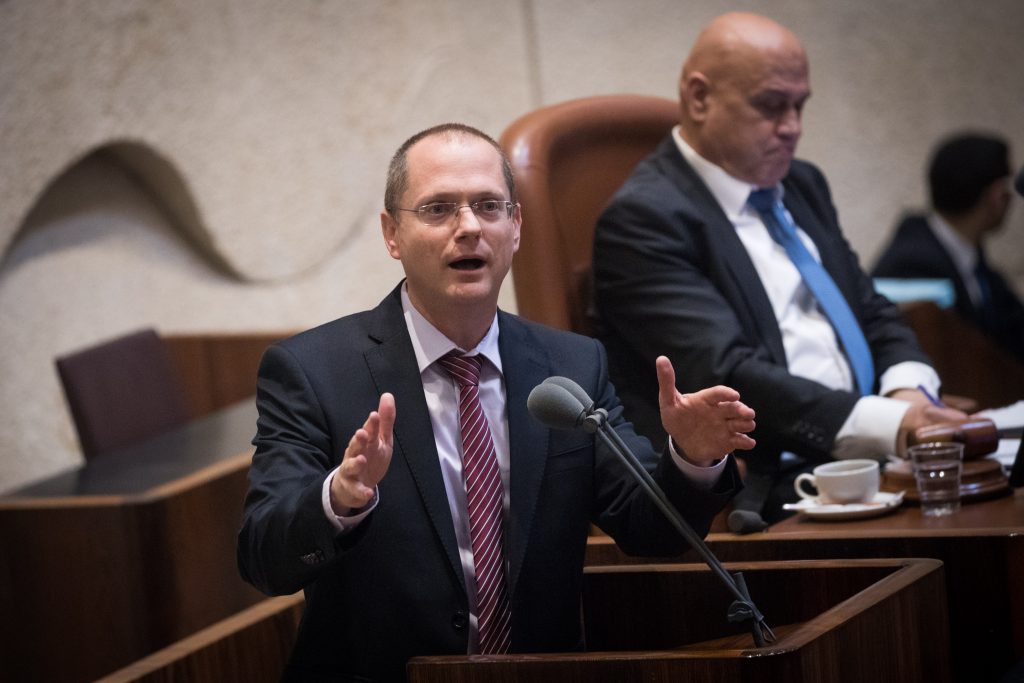 The Likud party has pounced on Avigdor Liberman’s rationale for his sudden about-face, calling for a unity government led by Likud and the Gantz-Lapid Blue and White party.

Yisrael Beytenu MK Oded Forer defended Liberman against charges of political zigzagging, explaining that there was a good reason for his change of course:

Forer claimed that Liberman’s newfound willingness to sit in a center-left government with Gantz and Lapid after pledging for months that he would never do so, was due to Israel’s current “deep economic crisis” which he said was revealed during the course of the coalition negotiations.

Forer named the chareidim as the culprit in the budgetary deficit, the anti-chareidi theme which Liberman has been hammering away at since the last elections. The MK argued that excluding the chareidi parties from the government coalition would enable them to balance the budget.

“Netanyahu and Gantz are willing to give them everything, so we say not to give them anything. Let us form a broad national government, a broad liberal right, and a government that is not subordinate to a small group,” he said, referring to the chareidim.

The Likud on Sunday responded that Forer was trying to rewrite very recent history.

“Liberman was not aware of the deficit? He made demands in the billions during coalition negotiations,” senior party sources said, according to Arutz Sheva.

They asserted added that the demands of Liberman’s Yisrael Beytenu totaled some 2.5 billion shekels, for pensions for Russian immigrants and other items.

Likud spokesman Yonatan Urich tweeted: “Less than a month ago, Liberman threw out budgetary demands of at least NIS 3 billion. Suddenly he is worried about the deficit and sends Forer to stammer on the radio, ‘Wow, we didn’t know there was a deficit’?

“Come on Ivet [Liberman’s Russian first name], when you wanted dozens of positions for ambassadors, you didn’t know it costs money? Ivet just wants to topple Netanyahu, and if it comes at the price of a left-wing government, he’s paying.”