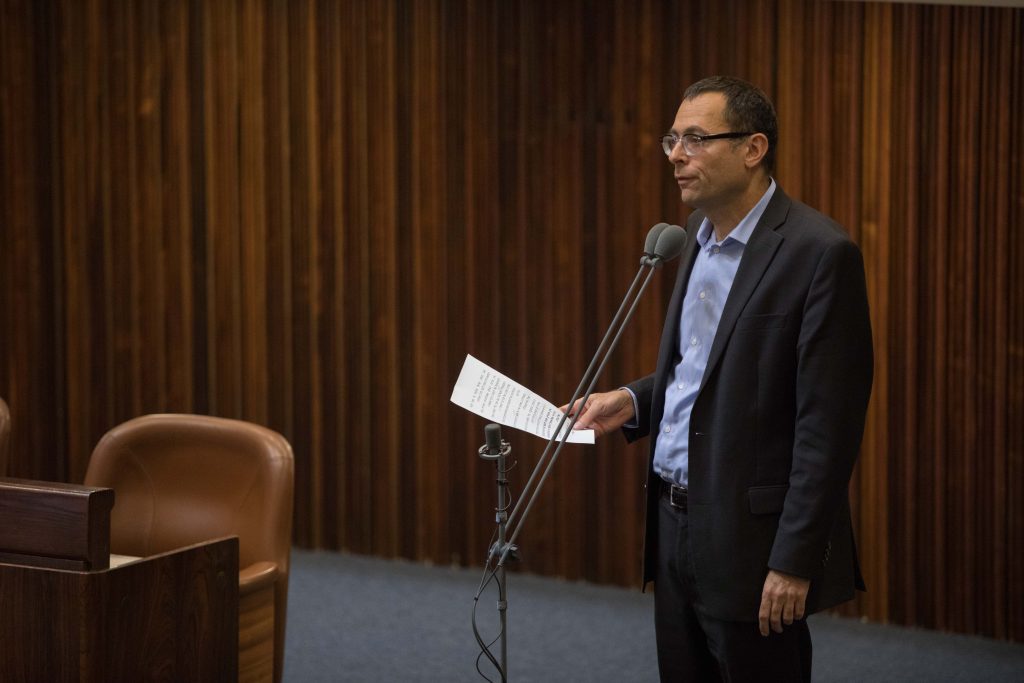 A sign at the entrance was unveiled, and Netanyahu proclaimed: “This is a historic day. We are about to approve construction of a new town in the Golan, something that hasn’t happened in quite a long time…and we’ll be honoring a great friend of Israel, President Donald Trump, who recently recognized Israeli sovereignty over the Golan, the first foreign leader to do so.”

Blue and White MK Zvi Hauser didn’t share in the hoopla and questioned its historic significance.

“Anyone who reads the fine print in this ‘historic’ decision will understand that this is nothing more than a nonbinding, fake policy,” Hauser, a former Netanyahu cabinet secretary, said. “There is no budgeting, no planning, no location for a settlement, and there is no binding decision to implement the project. But at least they insisted on a name for the settlement.”

“Let’s hope President Trump does not know that his name is being used for this public relations exercise,” he said in a press release.

“The prime minister must decide whether he really wants to establish a new settlement and deepen our roots in the Golan Heights or whether he is content with creating a virtual reality for the purposes of a photo op.”

Hauser cited an opinion written by the Prime Minister’s Office’s legal adviser, which stipulates the cabinet decision is of a preliminary nature only, pending further government approvals that are required before any new community can be established.

That is why the cabinet decision calls for an “initiative to establish” a new Golan Heights community, but does not actually declare the establishment of one.

The Construction and Housing Ministry must conduct the “professional staff work” in cooperation with other relevant authorities, and submit recommendations, within 90 days, to the chairman of the National Council for Planning and Building. No budget allocation has yet been proposed.

“The settlement in the Golan is frozen,” said Hauser, an advocate of international recognition of the Golan. “After 52 years of Israeli rule, there are only 25,000 Israelis in the Golan and the rate of population growth is negligible. This isn’t how a government properly settles the Golan.”