Israel Liberman: We’d Join Gov’t Led by Gantz; Likud: The Cat Is Out of the Bag
Israel 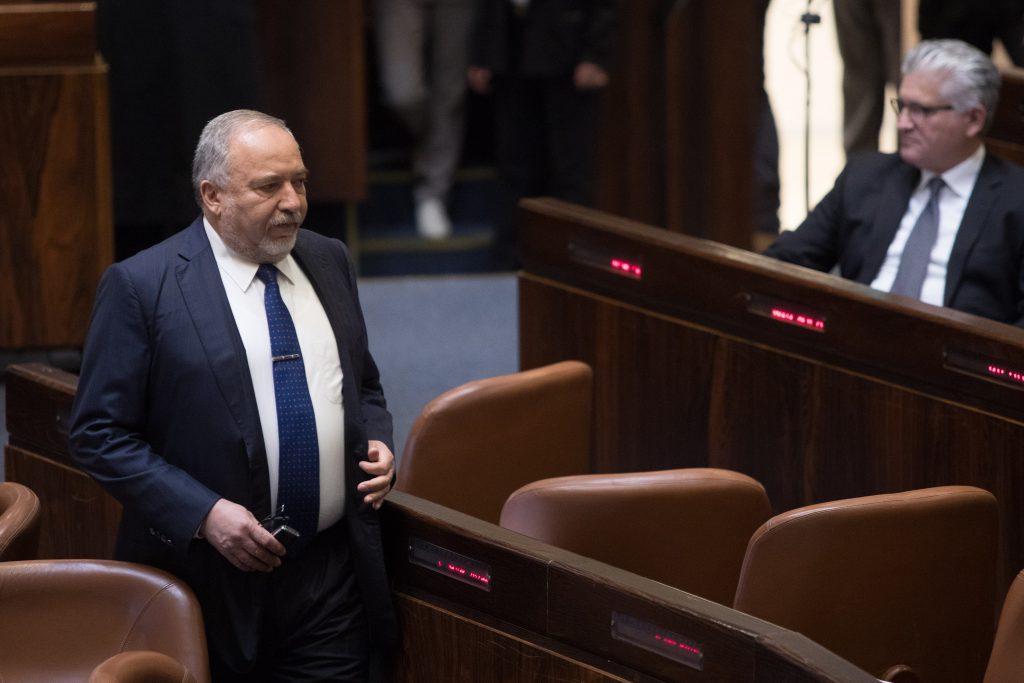 The political establishment in Israel was in a furor Motzoei Shabbos over an announcement by Avigdor Liberman that his Yisrael Beytenu party could conceivably recommend Benny Gantz to form a new government if the Blue and White Party got more votes in the upcoming September election. “The cat is out of the bag,” the Likud said in response. “Liberman has declared that he will go with the left.” Blue and White, meanwhile, welcomed the declaration, saying that it was “better late than never.”

Liberman – who just three days ago declared again that Yisrael Beytenu would never join a leftist coalition led by Gantz, suggesting they have a better chance of forming a coalition with “the polar bears” – made his change of heart announcement in a social media post. “Over the past week, I have been witness to a terrible competition between Gantz and Prime Minister Netanyahu over who will give in to the chareidim. Unlike other parties, Yisrael Beytenu believes that the most important issue in the election is whether the government that is formed will be one that supports a halachic state, or is a national, liberal one. Our job is to force the Likud and Blue and White to form an emergency nationalist government together, one that represents the true will of the people.

“Thus the party that gets the most seats should be the one to form this coalition – without the chareidim and without Itamar Ben Gvir,” Liberman wrote, referring to the right-wing attorney who was on the United Right List in the last election. “The new government will establish the state budget, deal with security issues, and adopt policy on state and religion issues, and any party that agrees to this agenda is welcome to join the coalition.”

The Likud said that Liberman’s comments had made the choice for the Israeli voter clear. “Liberman said clearly he would enter a government with Gantz and Yair Lapid and force the establishment of a leftist government. Anyone who wants a right-wing government must vote for the Likud, led by Netanyahu.” Blue and White, meanwhile, responded by saying that “if Liberman had reached this conclusion before he and his party had voted to disperse the Knesset we would have avoided these unnecessary new elections. But as they say at the North Pole, better late than never. The most important thing is the establishment of a unity government led by Blue and White that will work on behalf of Israelis.”

Shas said in response that Liberman’s comments didn’t matter, because “he is no longer relevant, and he will not be in the next government. Liberman, who has changed his mind numerous times, has proven his lack of loyalty and his cynicism. He is completely out of the right-wing camp.”