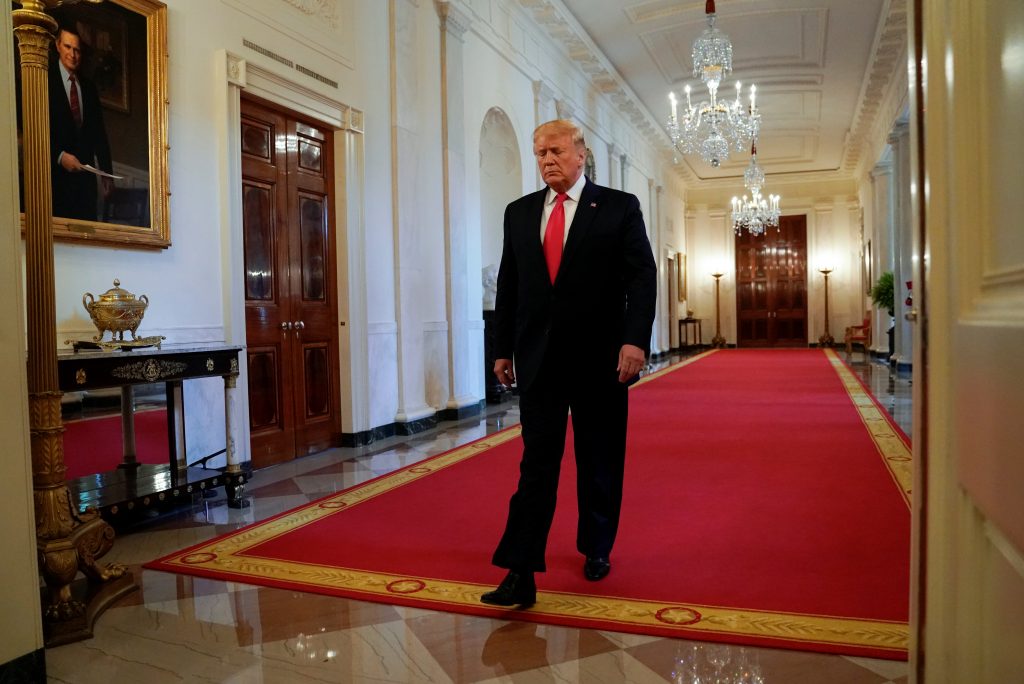 In a television interview with ABC News earlier this week, Trump had said he would be willing to listen to a foreign entity offering damaging information on a political opponent, saying “there isn’t anything wrong with it”.

Those comments drew sharp criticism from Democratic lawmakers, who said Trump was giving Russia a green light to interfere in the 2020 presidential election.

A top Republican ally said Trump was wrong to say he would accept dirt on political rivals from foreign sources.

Trump changed his position on Friday.

“Of course, you have to look at it … but of course, you give it to the FBI or report it to the attorney general or somebody like that,” Trump told Fox News. “You couldn’t have that happen with our country, and everybody understands that.”

Trump’s son Donald Trump Jr. was questioned by a Senate committee in a closed session on Wednesday about a June 2016 meeting at Trump Tower in New York, in which a Russian lawyer offered damaging information on Hillary Clinton, the elder Trump’s Democratic opponent in the 2016 presidential election.

On learning the topic of the meeting, Trump Jr. had written in an email: “I love it.” But people who attended the meeting said later it focused on other matters.

Special Counsel Robert Mueller looked into that meeting as part of his investigation of Russian meddling in the 2016 presidential election.

He documented extensive contacts between Trump’s 2016 campaign and Russia, and said Russia waged a hacking and influence campaign to help Trump defeat Clinton, but he did not establish that members of the campaign conspired with Moscow.