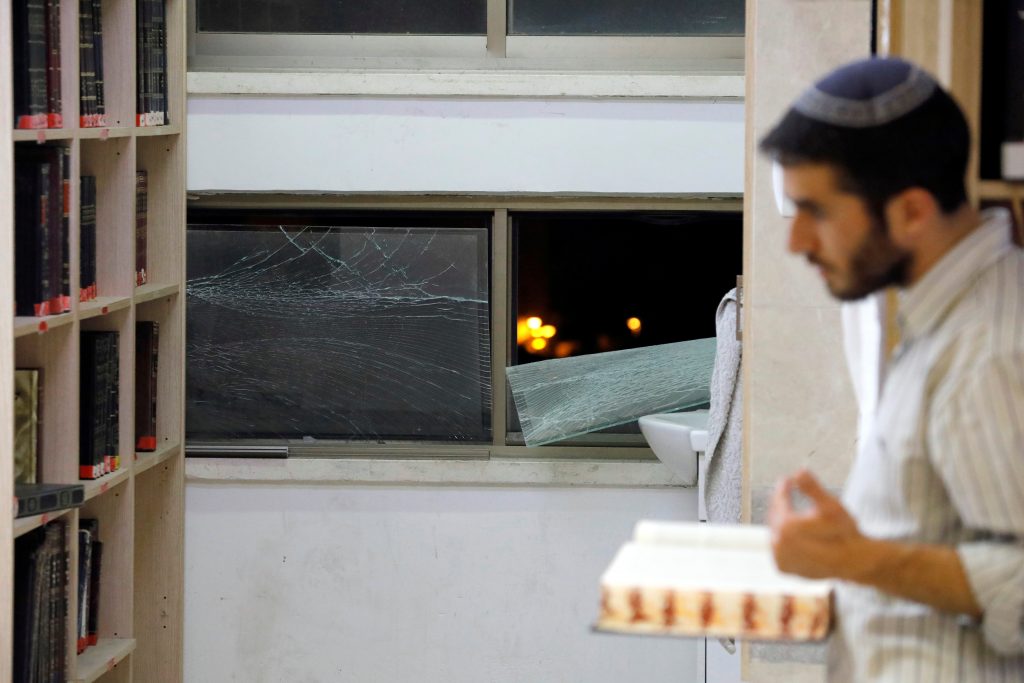 That no one was hurt in the rocket attack on a yeshivah in Sderot Thursday night was nothing less than a nes, the Rosh Yeshivah of the Sderot Hesder Yeshivah Harav David Fendel said Friday. Speaking in a radio interview, he said that “we thank Hashem for saving the boys who learn Torah here. The talmidim and residents of Sderot will continue to remain strong in the wake of the attacks by the enemy. We will not let them win or destroy our routine way of life. They build tunnels, while we build parks and yeshivas.”

The Lev Lada’as yeshivah was largely empty at the time as most of the talmidim were preparing to go home for the Shabbos after Shavuos, traditionally an “out” Shabbos at many yeshivos. The building sustained significant damage. There was also some damage to a Chabad yeshivah located next door.

Speaking to Channel 12, Rosh Hayeshivah Harav Shlomo Binyamin said that “the rocket hit within six meters of three talmidim who were learning in the yeshivah. Ten minutes earlier there were 15 talmidim right there, davening Maariv.” One of the talmidim, Shlomo Kahlon, told Channel 12 that the attack at about 9:00 PM interrupted their seder of learning. “We heard a huge boom and took shelter on the floor. I was saying Shema, I believe that it was my faith that saved me.”

Speaking after the attack, Sderot Mayor Alon Davidi said that “the situation cannot continue as it is. As I have said in the past, only a military operation will bring quiet. Hamas heads Haniyeh and Sinwar must be targeted for death. Sderot and Gaza border residents deserve to raise their children in peace and quiet, like all other residents of Israel. We will continue to develop the city and we welcome all new families who will move here. Terror will not win.”