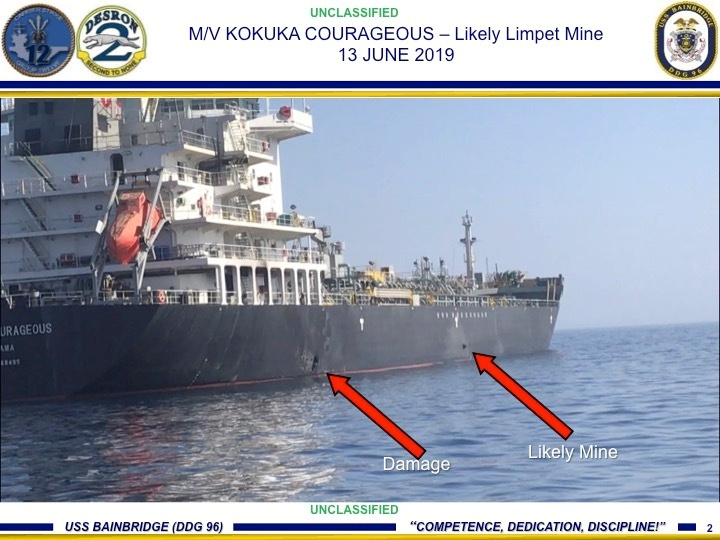 The owner of a Japanese tanker attacked in the Strait of Hormuz offered a different account Friday of the nature of the attack than that provided by the United States.

Yutaka Katada, president of Kokuka Sangyo, said the Filipino crew of the Kokuka Courageous thought their vessel had been hit by flying objects rather than a mine.

“The crew are saying it was hit with a flying object. They say something came flying towards them, then there was an explosion, then there was a hole in the vessel,” he told reporters. “Then some crew witnessed a second shot.”

The United States said the vessel was attacked by limpet mines, and released a video that it said showed an Iranian vessel removing an unexploded mine from one of the ships.

But Katada offered an alternative version of how the events unfolded.

On Thursday, company officials said the vessel, which had been carrying methanol from Saudi Arabia to Singapore, had first been hit by what appeared to be an artillery shell toward the stern, causing a fire in the engine room which they had been able to extinguish.

Three hours later, the ship was again attacked on the same side in the center of the hull, at which point the captain felt it was no longer safe and ordered the crew to take to the life boats, officials said.

“When the shell hit, it was above the water surface by quite a lot,” Katada said Friday. “Because of that there is no doubt that it wasn’t a torpedo.”