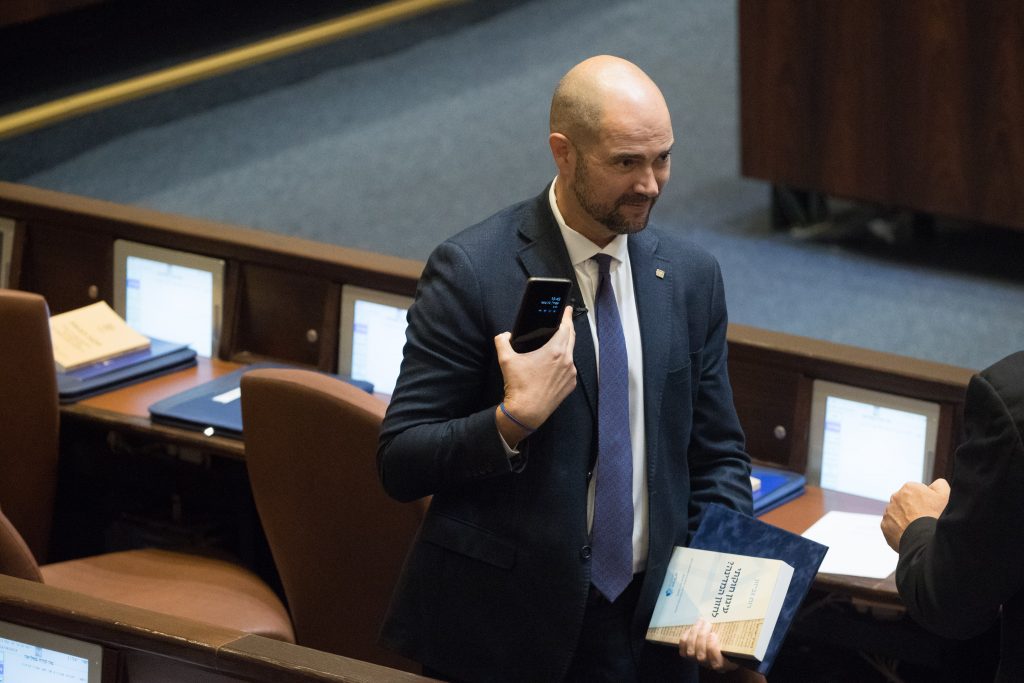 Israel’s top judge said on Thursday that its new right-wing justice minister was putting the country on a course towards anarchy by suggesting that not all court rulings must be obeyed when security is at stake.

The High Court has been in the crosshairs of members of Prime Minister Binyamin Netanyahu’s rightist government. They accuse it of a liberal tilt and excessive intervention in legislative matters.

With a new election scheduled for September, after PM Netanyahu failed to form a government following the previous poll in April, debate over the powers of the country’s highest court has been gaining speed.

The justice minister, Amir Ohana, raised Justice Esther Hayut’s ire after he did not disavow, in an interview on his inauguration on Wednesday, past comments in which he said it was permissible to disobey Court rulings if they endangered lives.

Asked if he still stood by those remarks, he cited a case in which the High Court blocked the military’s demolition of Palestinian dwellings in Gaza that later provided cover for terrorists who shot and killed an Israeli woman and her four children on a road leading to a Jewish community in 2004.

In a speech to jurists distributed by the national court system’s spokesman, Hayut said she took a grave view of what she called Ohana’s “unprecedented and irresponsible” legal viewpoint.

“In other words, anyone, with the justice minister’s blessing, can decide which ruling to observe and which to disobey,” she said. “I want to say only one thing: this is the short road to anarchy.”

In an online posting, Ohana said that after watching his taped interview with Channel 12, he wanted to stress that “court decisions must be respected”, but the Gaza-related case was an extreme example of how human life outweighed “any other value.”

Ohana, a lawyer and a Netanyahu loyalist in the prime minister’s right-wing Likud party, has voiced support for legislation that would enable Knesset to overturn the Court’s quashing of laws or other measures that justices rule illegal.

Such parliamentary power could be crucial in ensuring that immunity from prosecution, which some legislators have proposed the Knesset grant PM Netanyahu in three corruption cases, cannot be nullified in court.

However, later on Thursday, Netanyahu seemed to side with Hayut against his own appointee.

“The decisions of the courts obligate everyone,” the prime minister said in terse online message.

That message echoed an earlier statement on the Ohana controversy made by Attorney General Avichai Mandelblit, who said “the duty to obey court rulings is axiomatic, that serves as a guarantee for the protection of the rights of every citizen in the state.”

“This is not a possibility given to choice,” the attorney general added. “This is a duty incumbent upon every citizen and every governmental authority, whichever it is.”