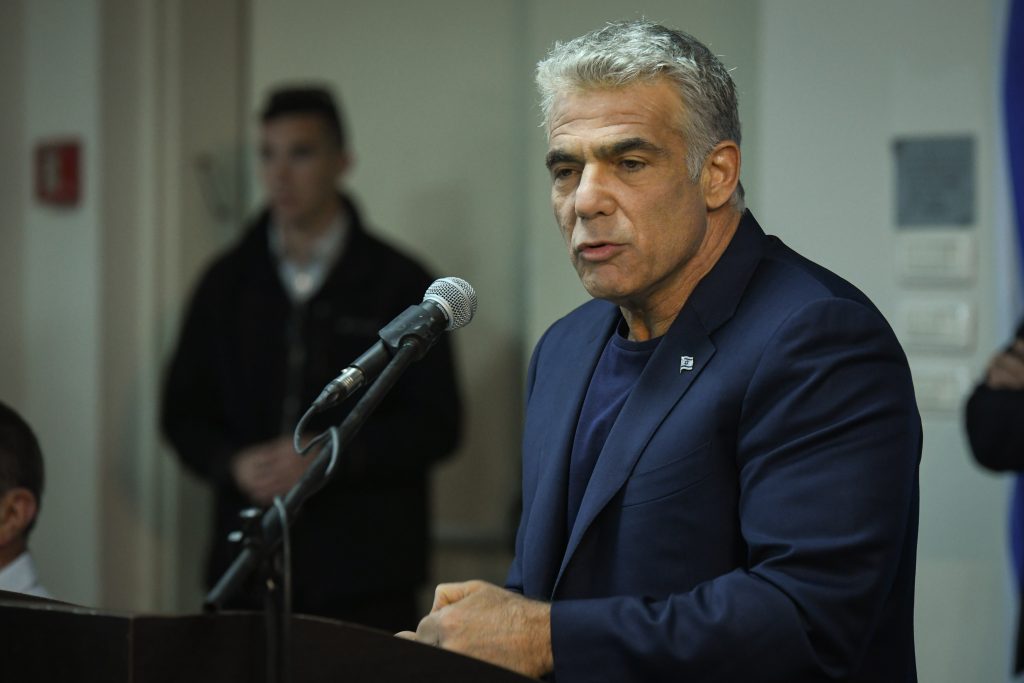 A plan that would have averted new elections was stopped in its tracks by Yair Lapid, who refused to compromise on the draft issue in a deal between Benny Gantz and chareidi parties, according to a report in Maariv on Thursday. The deal would have had Gantz’s Blue and White vote against the dissolution of the Knesset and the calling of new elections, with Blue and White, Shas and United Torah Judaism all voting against the dissolution. It’s not clear if the deal entailed the chareidi parties forming a government with Gantz.

According to the report by Maariv’s Ben Caspit, a “figure close to Rabbanim had received permission from them to pursue the arrangement. Under the deal, Gantz would have committed his party to accepting the compromise on the draft law that had been approved by the Moetzes Gedolei HaTorah as recommended by the Likud.”

The chareidi parties agreed to the arrangement, on condition that Gantz commit to his promise of supporting the draft compromise in a letter – and that Yair Lapid, Blue and White’s number two and eventual prime minister candidate, due to his rotation agreement with Gantz would also commit to the deal.

Sources in Blue and White said they would try, the report said, but told the chareidi parties that “Lapid will never sign onto such a document.”

In any event, the plan failed, as Lapid indeed refused to sign the document. In addition, Caspit said, several MKs decided that it might not be in the party’s best interest to enter into a deal with the chareidim, as making such a deal would lose the party votes for Avigdor Liberman. A Yesh Atid MK, now on the Blue and White list, told Caspit that “there was no reason for us to change our stance. The chareidim know that the public has had enough of this back and forth and are looking for new paths. The only thing we have to concentrate on is winning, and the greater our victory the more likely it will be that the chareidim will join our government. We must not show hesitation on our path.”