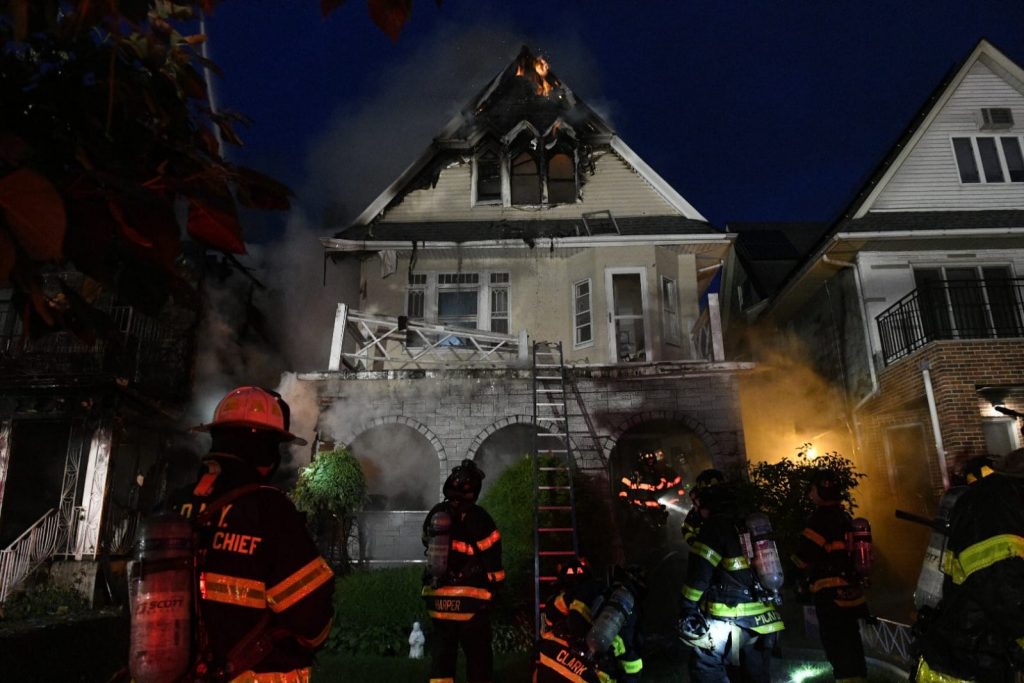 The four-alarm fire started just after 4 a.m. at East 17th Street near Avenue O in Midwood.

Units arrived at the scene in under five minutes, Chief of Fire Operations Thomas Richardson said during a news conference Thursday morning.

Four civilians, including a baby, were taken to Maimonides Medical Center. One firefighter was also injured.

Fire officials told PIX11 that 9 civilians and 3 firefighters were hospitalized as a result of the fire. All the injured were reported in stable condition.

Shortly after 7 a.m., the FDNY said that the fire was under control.

In a surveillance video released, it appears that a sudden explosion might have sparked the fire, and there appears to be a person running away from the flames.

One of the homes belonged to Rabbi Yonason Max, a longtime Rebbi at Mesivta Yeshiva Rabbeinu Chaim Berlin in Midwood.