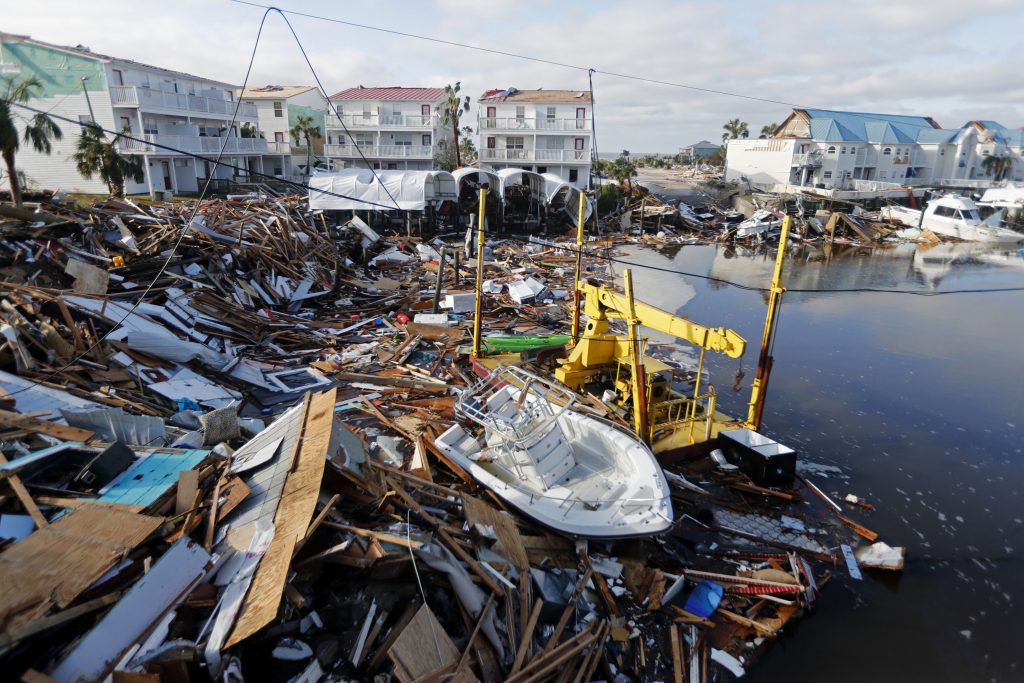 As the hurricane season approaches, now is a good time to think about what will happen to the people living in those towns and cities on the southern and eastern coasts of the U.S. which are perennially at risk.

In recent years, the federal government has often been appallingly slow in responding to these emergencies. People in flooded areas have been abandoned to the ravages of the storms, and compensation for damage to homes and cars long in coming.

It behooves the relevant officialdom to begin preparing now for the disasters to come and how to pay for them.

But this does not go far enough. Even the most efficient disaster relief does not address the fundamental inequality in the effects of weather. It reflects a muddled liberal mindset, treating symptoms, offering mere palliatives, while ignoring systemic injustice.

That’s right, the injustice of weather. People usually don’t think of it in such terms, but that’s only because they’re so used to it. But when you look around, it’s everywhere.

It’s evident in every weather report. Every meteorogolical map is a map of inequality. Here, there’s a hurricane or a tornado, while over there, the skies are sunny and a balmy breeze barely shakes the boughs of trees.

When once I saw this phenomenon myself, the whole thing struck me, like an apple falling on my head.

The lack of consciousness in the presentation of weather is absolutely amazing when you think about it. Weatherpersons (and women are as guilty of this as men) forecast these gross inequalities without the slightest indication that anything is wrong! As if it were the most natural thing in the world.

Where is the justice? Why should some people get wet, have their picnics and softball games rained out, while others bask in their privileged enjoyment of fair weather? That’s not fair weather, it’s unfair weather!

This profound inequality is not entirely random either. Weather service records provide ample proof of shocking geographical inequalities, as seen in the average temperatures and precipitation for different places.

What is to be done? People say, Well, you can’t change the weather. But a true progressive doesn’t think that way.

The answer is as clear as the sun shines. What’s needed is a crash program — a meteoritical Marshall Plan.

For decades, scientists have developed cloud-seeding techniques to increase rainfall in drought-stricken areas, in California and the Southwest. These efforts have yielded only modest results. But that’s because the efforts have been modest, half-hearted, underfunded. If the federal government would invest in cloud-seeding the way it invests in aircraft carriers and Donald Trump’s hair, the deserts would bloom again.

As for the opposite problem, that of extreme wet weather, well, it’s obvious that you can’t stop the rain from falling or the hurricane season from coming.

There, the answer lies in fair compensation. Just like the U.S. State Department pays higher salaries to diplomats who work in the tropics, and the Defense Department pays more to those who serve in officially designated Hardship Locations, so too citizens who must live and work in hardship areas like the Florida and Gulf Coasts should be compensated accordingly.

They could receive tax credits rated commensurate with the suffering in their area. True, it would take a complicated method of calculating compensation, but after all, that’s what algorithms are for.

This would, of course, be in addition to any emergency assistance in disaster-hit areas.

Even we can spend ten trillion dollars for the Green New Deal — and as Rep. Alexandria Ocasio-Cortez has said, we can — then we can find another trillion or two to end the scourge of weather inequality.