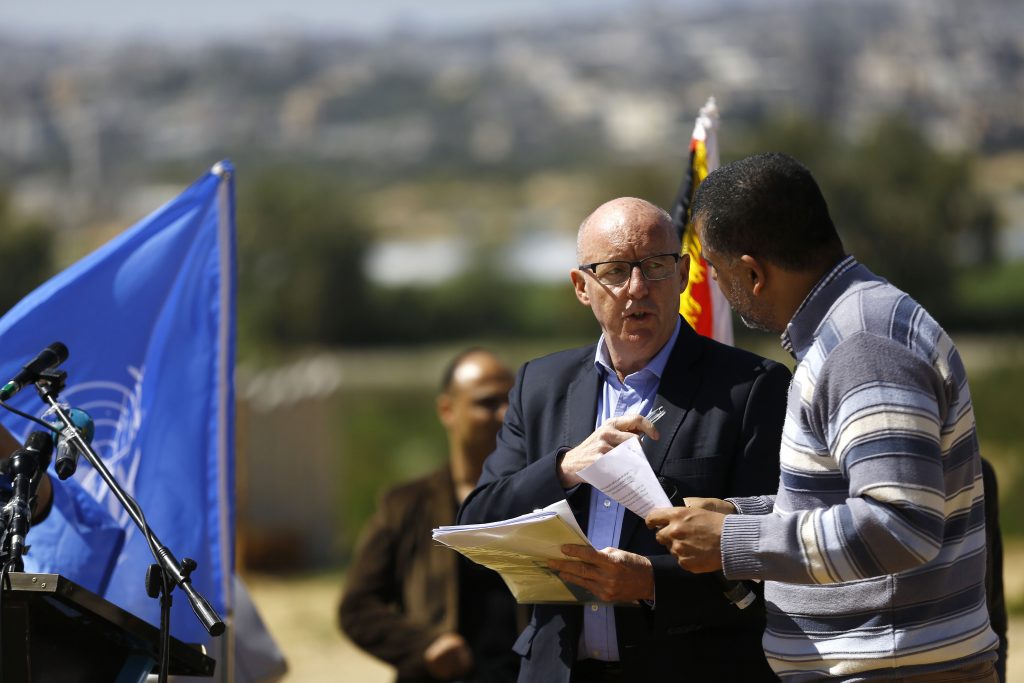 The United Nations said on Wednesday that it will be sending a representative to the U.S.-sponsored Mideast peace conference in Bahrain later this month.

The announcement appeared to be a reversal of its original statement in late May that it did not plan to send a representative to Bahrain.

Last week, the International Monetary Fund and World Bank said they would participate in what has been billed as an “economic workshop,” the first phase of the Trump administration’s peace plan.

The European Bank for Reconstruction and Development also confirmed it would have “someone” representing it, though it did not say whom.

The international financial bodies have long been involved in the region, providing loans, credit guarantees, and policy advice to the Western-backed Palestinian Authority.