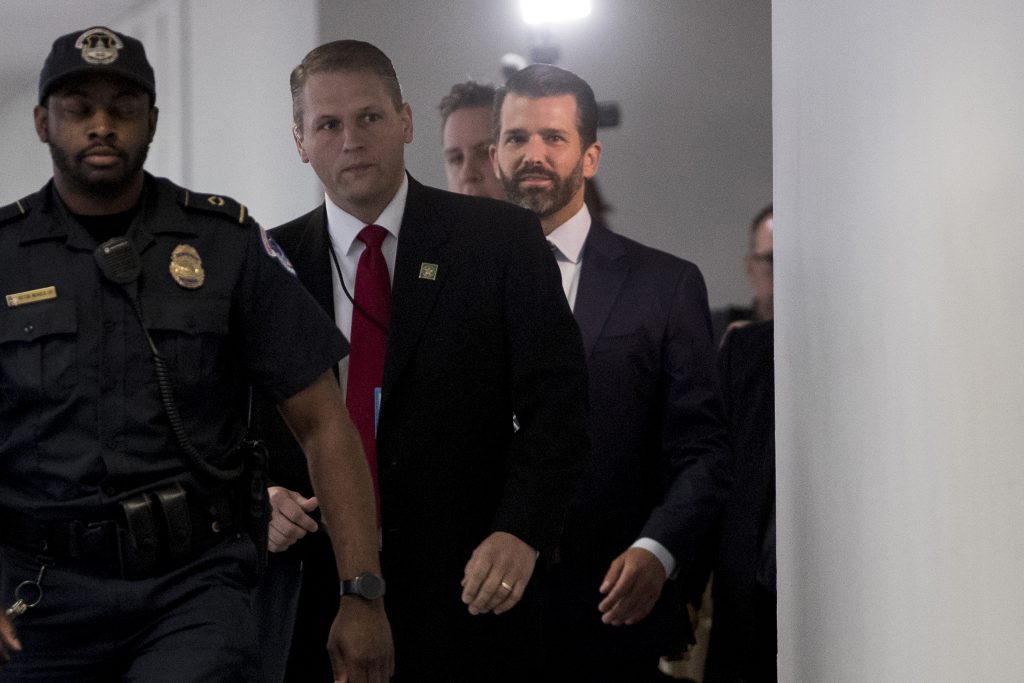 The House Intelligence Committee has invited two former FBI senior officials to testify about the counterintelligence implications of Mueller’s investigation. Mueller did not find a criminal conspiracy between the campaign and Russia but did detail a series of interactions and outreach that have alarmed Democrats and accelerated calls from some in the party for impeachment proceedings and renewed investigations.

The report details more than 100 contacts between Russia and Trump associates, some in public and others in private, said Rep. Adam Schiff, the Democratic committee chairman. Among them was a June 2016 meeting at which the president’s oldest son, Donald Trump Jr., expected to receive dirt from Russia about his father’s Democratic opponent, Hillary Clinton.

Also Wednesday, Trump Jr. was scheduled to testify behind closed doors before the Senate Intelligence Committee , according to two people familiar with the meeting. Senators want to discuss answers he gave the panel’s staff in a 2017 interview and to another Senate panel in a separate interview that year.

President Donald Trump’s former lawyer Michael Cohen told a House committee in February that he had briefed Trump Jr. approximately 10 times about a plan to build a Trump Tower in Moscow before the presidential election. Trump Jr. told the Judiciary panel he was only “peripherally aware” of the real estate proposal.

In the House hearing, both ex-FBI officials, Robert Anderson and Stephanie Douglas, retired from the bureau before it launched its investigation into the Trump campaign in summer 2016. By inviting them instead of agents involved in the investigation, Democrats are giving center stage to longtime career officials likely to be seen as more neutral and devoid of the political baggage that accompanies some of the Republican president’s more outspoken critics, including former FBI deputy director Andrew McCabe and former agent Peter Strzok. Both were fired last year.

“The primary objective of a counterintelligence investigation is not to target an individual for prosecution but to protect the nation by developing information about the actions and intentions of foreign powers and to thwart them before they can act against us,” Schiff said at the hearing.

It was unclear whether Republicans would seek to undermine the credibility of the witnesses at the hearing or merely try to minimize their testimony by noting that they weren’t part of the investigation.

The hearing comes two days after the House Judiciary Committee heard from John Dean , the former White House counsel in the Nixon administration, who described how the Watergate investigation could function as a roadmap for probes into the current president.

The House voted 229-191 Tuesday to approve a sweeping resolution that will allow Democrats to accelerate their legal battles with the Trump administration. They’re preparing Wednesday to hold more Trump officials in contempt for defying congressional subpoenas.

The move makes it easier to sue Trump administration officials and potential witnesses by empowering committee chairmen to take legal action without a vote of the full House, as long as they have approval from a bipartisan group of House leaders.