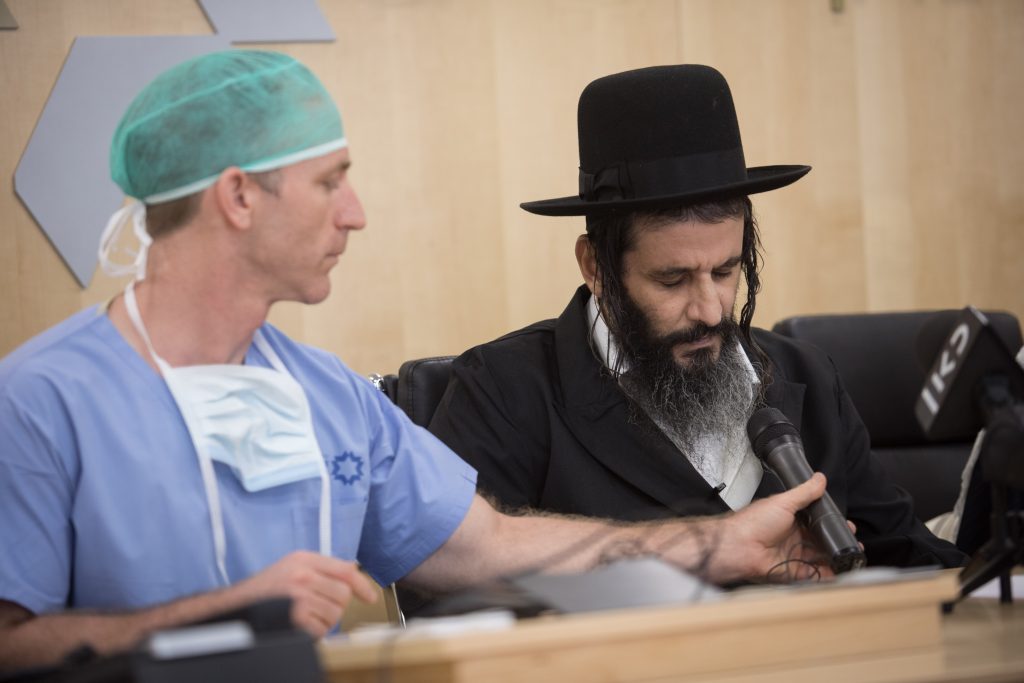 Forty-seven-year-old Gavriel Lavi, who was seriously wounded in the stabbing attack in the Old City of Yerushalayim two weeks ago, was, b’chasdei Shamayim, released Wednesday morning from Shaare Zedek Hospital.

At a press conference at the hospital, during which he reconstructed the moments of terror, Lavi said, “I understood that I was between life and death. Thanks to the tzedakah that the members of the yeshivah gave for my merit, the situation turned over for the good.”

He added: “All the tefillos gave me a lot of strength not to despair in my difficult situation. I felt that Hashem was with me. During the attack, I was not focused. All I could do at that moment was say Shema Yisrael.

“When I turned around and saw the terrorist in front of me, I felt there was nothing more to do. I was with my tefillin in my hand. I lost consciousness and fell to my knees and the terrorist thought his mission was completed. He left me and continued towards the Kosel, in an attempt to stab others,” said Lavi, adding that he had a memory of the arrival of the rescue forces and the next thing he remembered was only after he woke up in the hospital after being operated on.

Lavi was seriously wounded in a stabbing attack on May 31, at Shaar Shechem.

The terrorist continued to flee into the Old City and moderately wounded 16-year-old Yisrael Meir Nachumberg and tried to stab his brother as well. Nachumberg was released last week.

A police force in the area killed the terrorist.