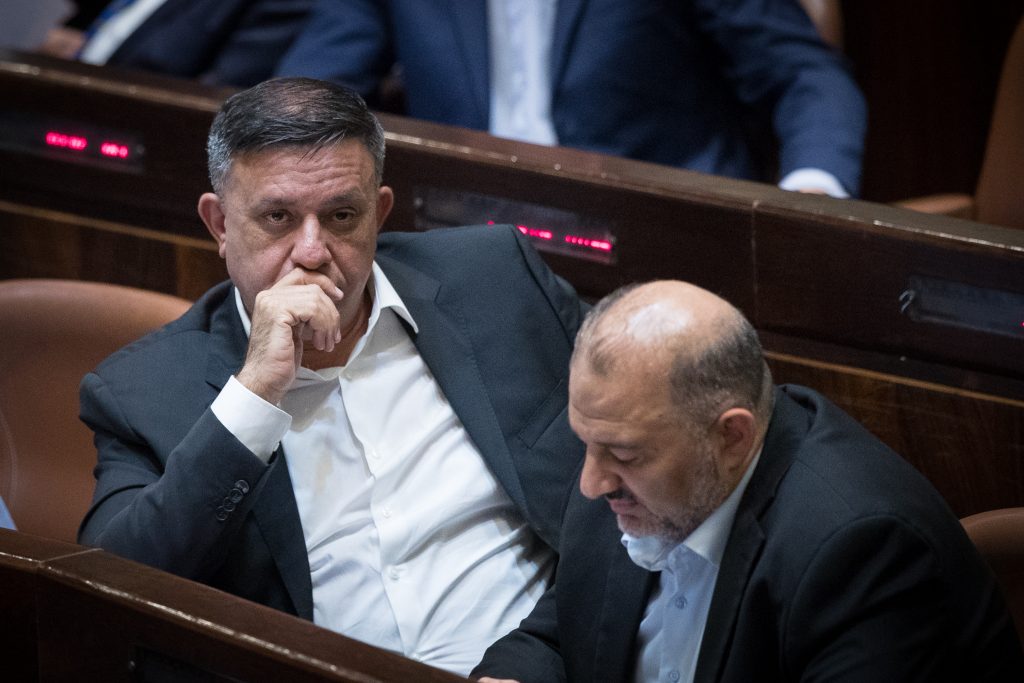 Two months after the Labor party’s worst-ever electoral showing, chairman Avi Gabbay bowed to the inevitable on Wednesday night, as he announced that he will not run for reelection and has decided to quit politics.

“The party is in a great crisis, and I do not absolve myself of responsibility,” he said in an online posting.

In last April’s elections, Labor under Gabbay’s leadership plummeted from 19 seats in the Knesset to a mere 6, which led to repeated calls for his resignation.

Wednesday’s announcement ended the short, spectacular career of Avi Gabbay, who joined the party’s ranks in late 2016, and then defeated Amir Peretz in a leadership contest the following July. Gabbay came to Labor after being an executive at Bezeq and environmental protection minister under Prime Minister Binyamin Netanyahu.

Gabbay blamed lack of support for the party not on ideological grounds, but “among other things due to the disputes … a lack of mutual loyalty and the fact we are seen in the public as being only about politics.”

However, he could not envision a way out of the internecine warfare, noting that the four people below him on Labor’s electoral list were former party chairpersons who themselves trying to claw their way back to power.

“I don’t want to be a part of that same phenomenon,” he said.

“I decided to go with my heart and my truth and not with the cold interest and remove myself from the list to the next Knesset, whether it is freezing the list or deciding on primaries for the members of the list,” Gabbai wrote to his supporters.