World Johnson Bids for British Leadership With Pledge of an Oct. 31 Brexit
World 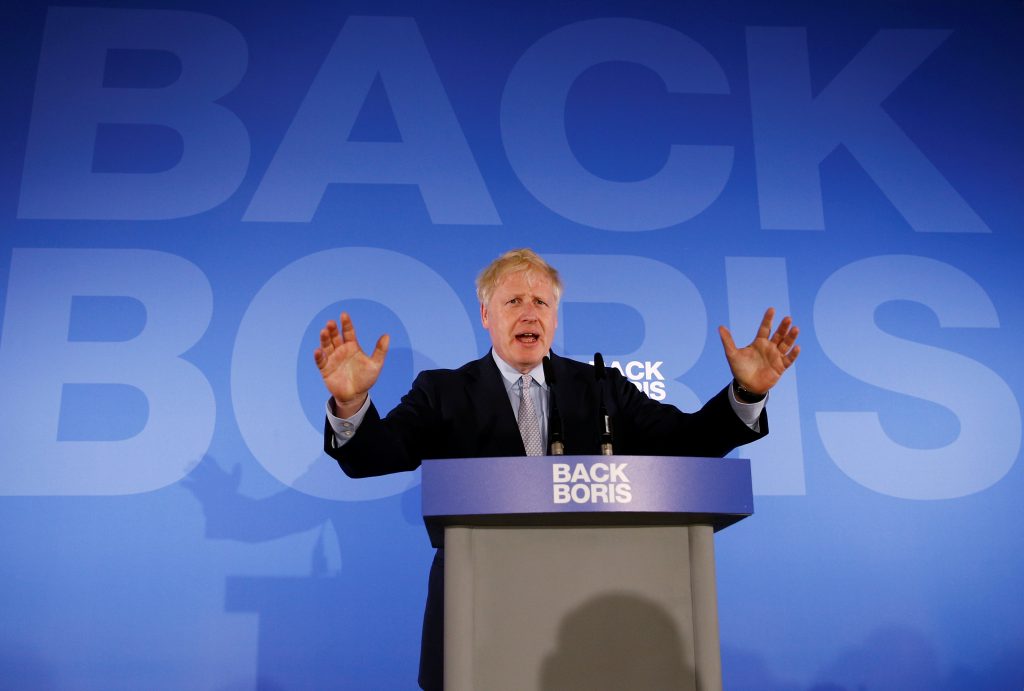 Boris Johnson kicked off his campaign to succeed Prime Minister Theresa May on Wednesday with a pledge to lead Britain out of the European Union on Oct. 31 and a warning to his divided party that “delay means defeat.”

Johnson, favorite for the top job nearly three years since he led the official campaign to leave the EU, praised the strength of the British economy, promised to deliver Brexit by Oct. 31 and tackle despair across the country.

“After three years and two missed deadlines, we must leave the EU on October 31,” he said.

“I am not aiming for a no-deal outcome,” said Johnson, a 54-year-old former foreign minister and London mayor.

“I don’t think that we will end up with any such thing, but it is only responsible to prepare vigorously and seriously for no-deal. Indeed it is astonishing that anyone could suggest dispensing with that vital tool in the negotiation.”

Johnson has won over many in his party by arguing that only he can rescue the Conservatives, who have been punished in recent elections over the government’s inability to deliver Brexit on time.

For many, the contest for prime minister is his to lose – he has the most declared Conservative supporters in parliament and is widely popular among the party’s members, the people who will ultimately choose May’s successor.

As in the 2016 referendum on EU membership, Johnson’s message is clear: any more Brexit delays and the Conservative Party risks opening the door to a government led by opposition Labour leader and veteran socialist Jeremy Corbyn.

“We will simply not get a result if we give the impression that we want to go on kicking the can down the road and yet more delay,” Johnson said. “Delay means defeat, delay means ruin.”

“Around the country there is a feeling of disillusion and even despair at our ability to get things done. The longer it goes on, the worse the risk that there will be serious contamination and a real loss of confidence.”

Almost three years since voting to leave the EU, Britain is no clearer on how, when or even whether Brexit will happen. Parliament has rejected the divorce deal negotiated with the EU three times and there is little agreement among lawmakers on Brexit.

Johnson hopes to win over Brexit supporters by promising to leave on Oct. 31 deal or no deal – a pitch that might win him support in his leadership bid, but one which also worries pro-EU lawmakers who have launched an attempt to stop any future government from leaving without a deal.

Just minutes before Johnson spoke, finance minister Philip Hammond said he didn’t think Johnson, if he won the top job, would be able to take Britain out of the EU by Oct. 31.

The EU has refused to renegotiate the Withdrawal Agreement reached with May last November, and Ireland has indicated it is not willing to change the Irish border “backstop” that upset the party which props up May’s minority government.