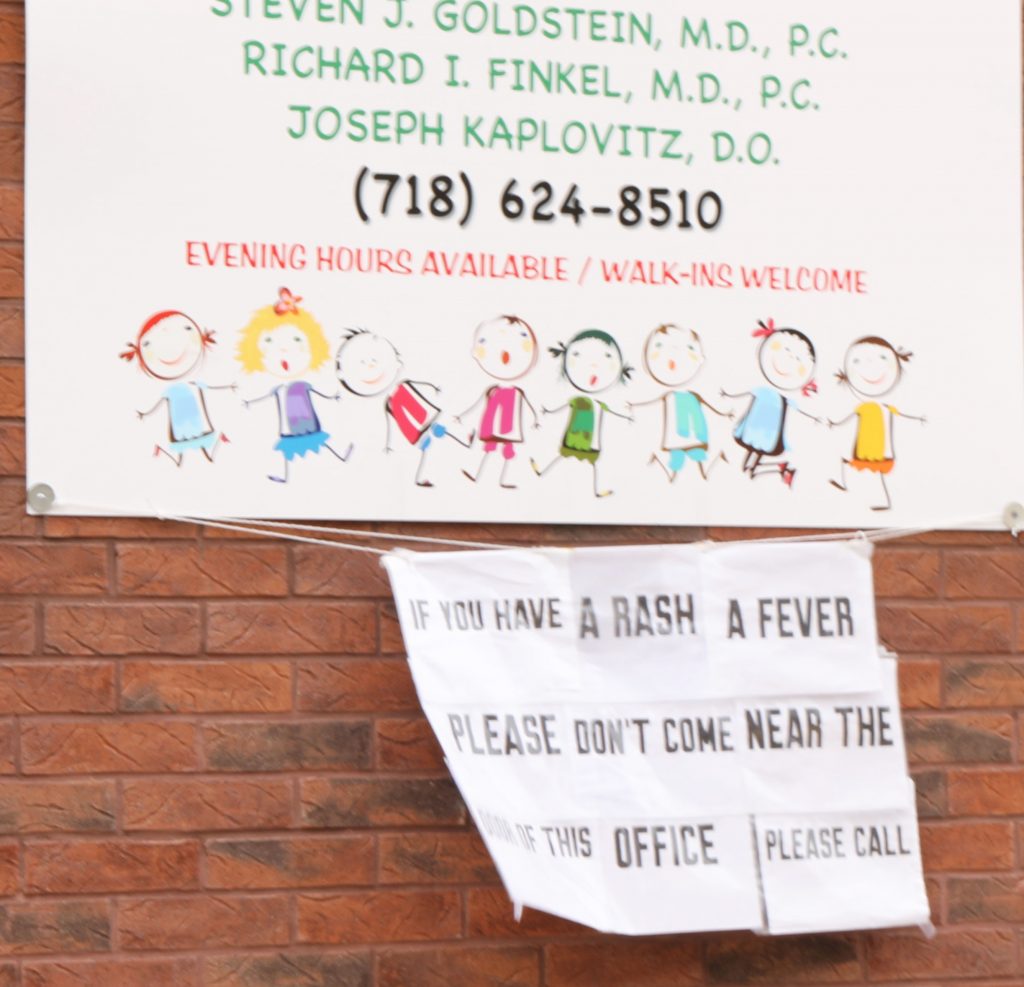 A tenth Williamsburg school has been closed for failing to comply with the New York City Health Department’s orders aimed at stemming the measles outbreak in the neighborhood.

In December, the Health Department ordered yeshivos in Williamsburg and Boro Park, where the New York measles outbreak was most heavily concentrated, to ban unvaccinated students until the outbreak is declared over, and to maintain attendance and immunization records and provide them to inspectors upon request.

Nine Williamsburg yeshivos or playgroups have previously been closed either for failing to exclude unvaccinated students or not maintaining proper records for inspection. All nine have since been allowed to reopen after taking corrective action.

On Tuesday, the Health Department announced that a tenth Williamsburg yeshivah has been closed, for failure to properly maintain immunization records for student and staff and failing to provide records to the Health Department in a timely manner. The school also received a violation – unrelated to the measles order – for not having an adequate staff-to-student ratio.

“School staff, parents, and health care providers need to continue playing their role in bringing this outbreak to an end,” said Health Commissioner Dr. Oxiris Barbot. “We’ve seen our weekly case counts decline, but the reality is, this outbreak is not over, and the Health Department will continue to use all the resources and strategies available to us. We urge anyone who can get vaccinated to do so.”

One Williamsburg mother, who asked to be identified only as Faigy, told Hamodia she believes there have been a lack of safety studies on vaccines, and that she and several of her like-minded friends have kept their children home for months, and have tried to have them contract measles, rather than have them vaccinated so that they could return to school.

“As mothers, we put up with quite a bit of discomfort for the sake of our children,” said Faigy. “It’s not always easy, but I’ve always cooked nutritious meals, made sure my home was safe, and now by homeschooling my kids, I feel like I’m protecting them from potentially dangerous toxins. It’s part of being a mother.”

Since the outbreak began in October, there have been 588 confirmed measles cases in New York City through Monday, including 437 in Williamsburg, 100 in Boro Park and 16 in Sunset Park, the only neighborhoods with ongoing transmissions. The remaining 35 cases have been scattered among 12 neighborhoods across the five boroughs. The numbers include five cases in Williamsburg over the past week, 11 in Boro Park, and three in Sunset Park.

In April, the de Blasio administration mandated that that anyone who lives, works or goes to school in the Williamsburg zip codes 11205, 11206, 11211 or 11249 be immunized with the measles-mumps-rubella (MMR) vaccine, show bloodwork proving immunity, or receive a $1,000 fine. One hundred and seventy-three people have received summonses, 68 of which were canceled, as the person presented proof of immunity or got vaccinated.