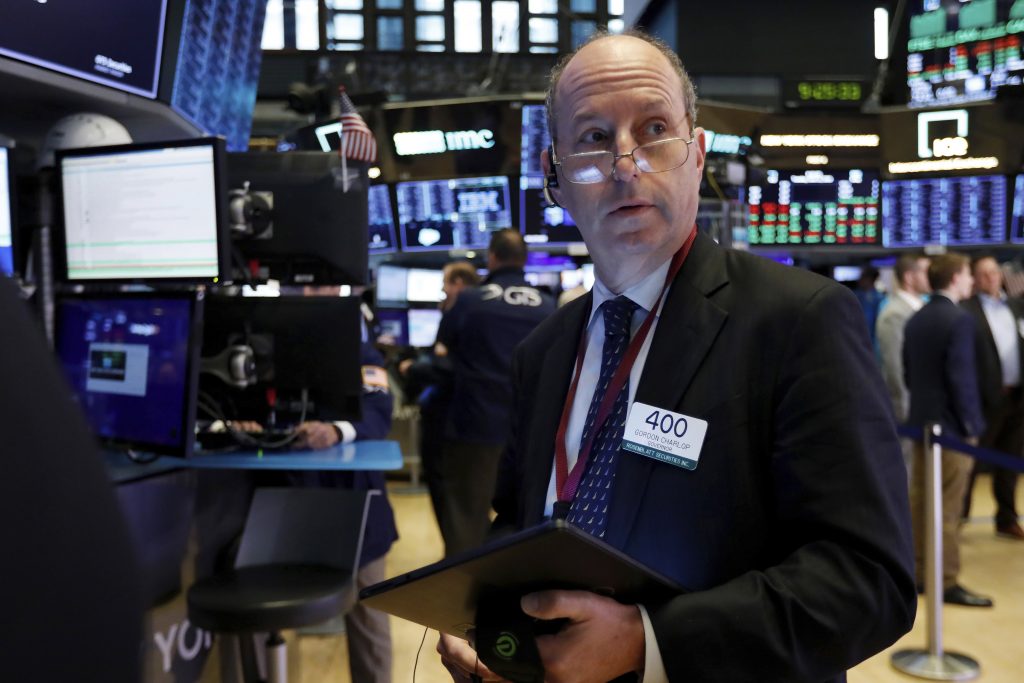 U.S. stocks gave up early gains and flattened in midday trading Tuesday on Wall Street, weighed down by technology and industrial companies.

The pullback threatens to end a five-day winning streak that has so far helped recoup much of May’s sharp losses. Around midday, stocks were nearly evenly split between winners and losers.

A slide in industrial stocks helped trim the early gains. Defense contractors were the biggest decliners, marking a turnaround from a day earlier when a megadeal between Raytheon and United Technologies gave the sector a lift.

Stocks had been rallying since last week, when the Federal Reserve signaled that it is open to cutting rates to stabilize the economy if trade disputes threaten the economic recovery. Investors grew more hopeful Monday after President Donald Trump suspended plans to impose tariffs on Mexican goods after the countries struck a deal on immigration. President Trump also plans to meet with Chinese President Xi Jinping in Japan later this month to discuss the two countries’ ongoing trade war.

TRIMMING THE (FAUX) FAT: Beyond Meat fell 20% after J.P. Morgan’s Ken Goldman and James Allen downgraded the stock to “neutral.” The downgrade follows a surge in the stock price from $25 to $167 since the maker of plant-based meat alternatives started trading publicly on May 2.

The sharp rise in price cost short sellers about $400 million, according to the research firm S3.

In a note to clients Tuesday, Goldman and Allen said the downgrade was “purely a valuation call.”

GOOD GRUB: GrubHub jumped 6.7% after the online food service company got some relief from competitive pressures.

Amazon is closing its U.S. restaurant delivery service, a 4-year-old business that failed to take off. The sector is highly competitive and includes Uber Eats and Door Dash, along with GrubHub and others.

The service, called Amazon Restaurants, offered delivery in more than 20 cities in the U.S. It was expanded into the United Kingdom, but Amazon shut it down there late last year.