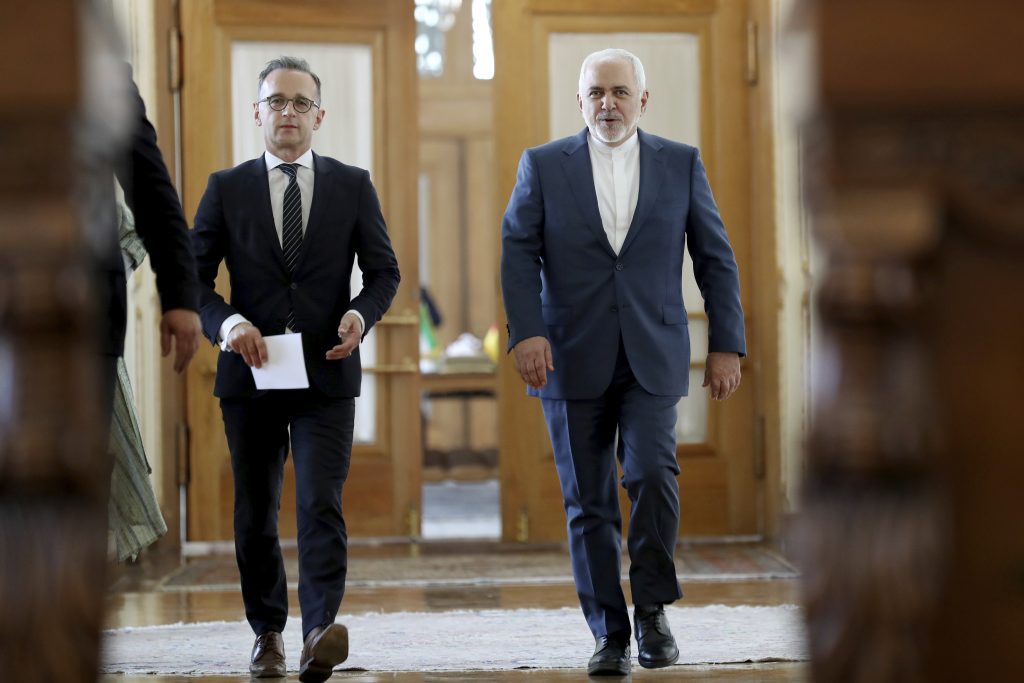 Iran’s foreign minister warned the U.S. on Monday that it “cannot expect to stay safe” after launching what he described as an economic war against Tehran.

A stern-faced Mohammad Javad Zarif offered a series of threats over the ongoing tensions gripping the Persian Gulf.

“Mr. Trump himself has announced that the U.S. has launched an economic war against Iran,” Zarif said. “The only solution for reducing tensions in this region is stopping that economic war.”

Zarif also warned: “Whoever starts a war with us will not be the one who finishes it.”

Zarif’s ramped up rhetoric marked a sharp departure for the U.S.-educated diplomat and signals that Iran is taking a harder line toward the West. His public threats came during a joint news conference with German Foreign Minister Heiko Maas. They were striking because Zarif was the one who helped secure the nuclear deal in 2015. However, he does not make the decision on whether to go to war. That is left to the supreme leader.

For his part, Maas insisted his country and other European nations want to find a way to salvage the deal. “We won’t be able to do miracles, but we are trying as best as we can to do prevent its failure,” Maas said.

Meanwhile, a July 7 deadline imposed by Iran looms for Europe to find a way to save the deal. Otherwise, Iran has warned it will resume enriching uranium closer to weapons-grade levels.

In Washington, State Department spokeswoman Morgan Ortagus dismissed the foreign minister’s comments. “We aren’t impressed,” she told reporters. “Iran faces a simple choice: it can either behave like a normal nation or watch its economy crumble.”

Zarif’s comments came after Maas spoke about Israel. “Israel’s right to exist is part of Germany’s founding principle and is completely non-negotiable,” he said. “It is a result of our history and it’s irrevocable and doesn’t just change because I am currently in Tehran.”

Zarif then grew visibly angry, offering a list of Mideast problems which he blamed on the U.S. and its allies, namely Saudi Arabia.

“If one seeks to talk about instability in this region, those are the other parties who should be held responsible,” Zarif said.