Business Under Pressure, Fed Faces an Outlook Clouded by Trade Wars and Signs of Weakness
Business 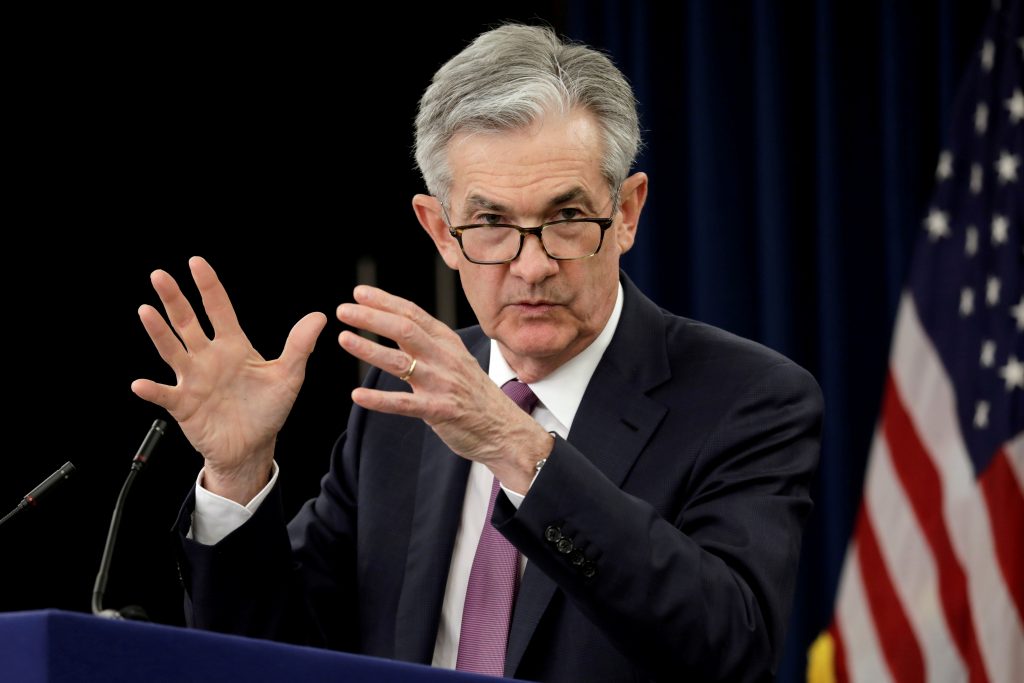 President Donald Trump’s attacks on the Federal Reserve have broken one set of precedents, his talk of stacking the central bank with political allies has strained another, and his on-again off-again tariff threats have made the economic outlook harder than ever to predict.

While the Fed may well find reason to cut interest rates in recent weak job and inflation readings, doing so could also put a safety net under Trump policies that, to the eyes of many policymakers, have to date done more harm than good.

“There is a kind of feed the beast aspect to it,” said former Fed vice chair Alan Blinder. “Among the many things the Fed has to take as given is trade policy. And if in fact trade policy is going to push the economy into a slump, that is a reason to cut interest rates … If the Fed comes in to bail him out, you encourage bad behavior.”

Fed Chair Jerome Powell and other officials insist they can only consider what is happening in the economy and the appropriate policy response, and not try to second guess what the administration does or might do.

Trump on Monday renewed his attacks on the Fed, claiming that central bank policy put him at a disadvantage in his trade negotiations with China because that country, with closer political control of its central bank, could devalue its currency or use other tools to offset the tariffs Trump has imposed on Chinese imports.

“Our Fed is very destructive to us… They haven’t listened to me,” Trump said in a CNBC interview. “They’re not my people.”

In fact, Trump elevated Powell to the Fed leadership and appointed three of the other four sitting Fed governors.

Trump has for a year berated the Fed for raising rates and other policy steps that Fed officials say are the best way for keeping the recovery underway. That broke a roughly 30-year run of presidents largely staying away from specific policy recommendations for the Fed, even if they were sometimes generically critical of the central bank.

Earlier this year, Trump threatened a fuller assault by considering the appointment of two highly partisan political allies to the central bank, straying from a tradition of more technocratic appointments.

The surprise announcement in early May of higher tariffs on China and a threatened imposition of levies on Mexican imports added to the minefield the Fed must now navigate.

Though Trump in the end chose not to impose the tariffs on Mexico, the prospect of using an economic lever for the non-economic end of border control showed how in the Trump era policy could shift abruptly for central bankers who try to keep their focus on medium- and longer-term outcomes.

NOT IN A BOX

Recent economic data are already complicating the Fed’s job. Policymakers have expected the economy to slow, but also regarded the likely slowing as modest, and not enough to warrant a rate cut.

“I don’t feel backed into a box,” to cut rates, Dallas Federal Reserve bank president Robert Kaplan said last week. But “in the month of April I might have said … I was a little more optimistic that the outlook was firming, and today I will tell you I am more cognizant of risks to the downside. That is a pretty big change in a relatively short amount of time.”

Whether it is enough for the Fed to put a rate cut squarely on the table will become clearer next week. Fed officials will hold their policy meeting on Tuesday and Wednesday, and issue updated rate projections. They will also have to decide whether to maintain their “patient” approach to changing rates from the current range of between 2.25% and 2.5% or drop that description in a sign that they are open to a move sooner rather than later.

Weak inflation readings like those in a New York Fed report on Monday have already led Bullard to say that a rate reduction was “warranted.”

Analysts and markets, though, are split.

Bond markets have been aggressive in pricing in lower rates later this year, and U.S. stocks have rallied hard in the past week on optimism that a rate cut looked more likely, especially after last week’s weak jobs report. Economists at Goldman Sachs and elsewhere, meanwhile, have discounted any pressure from Trump and argue the economic outlook does not yet warrant a rate cut.

Rolling with the punches from political Washington is nothing new. Former Fed chair Ben Bernanke complained when congressional spending caps reduced economic growth just as the U.S. recovery was getting traction and the eurozone was threatening to crack apart.

This problem here is different, though, with the Fed both under political pressure and less certain, week to week, what actions of the White House they may have to take into account.

After years in which U.S. central bankers bemoaned being “the only game in town” influencing the economy, they may now be nostalgic for those simpler times.

“The Fed has had too much on its plate for a long time,” said Boston College economics professor Peter Ireland. “Powell was taking pains to say, ‘trade is trade’ and that is not our business. But he has gotten sucked into it.”