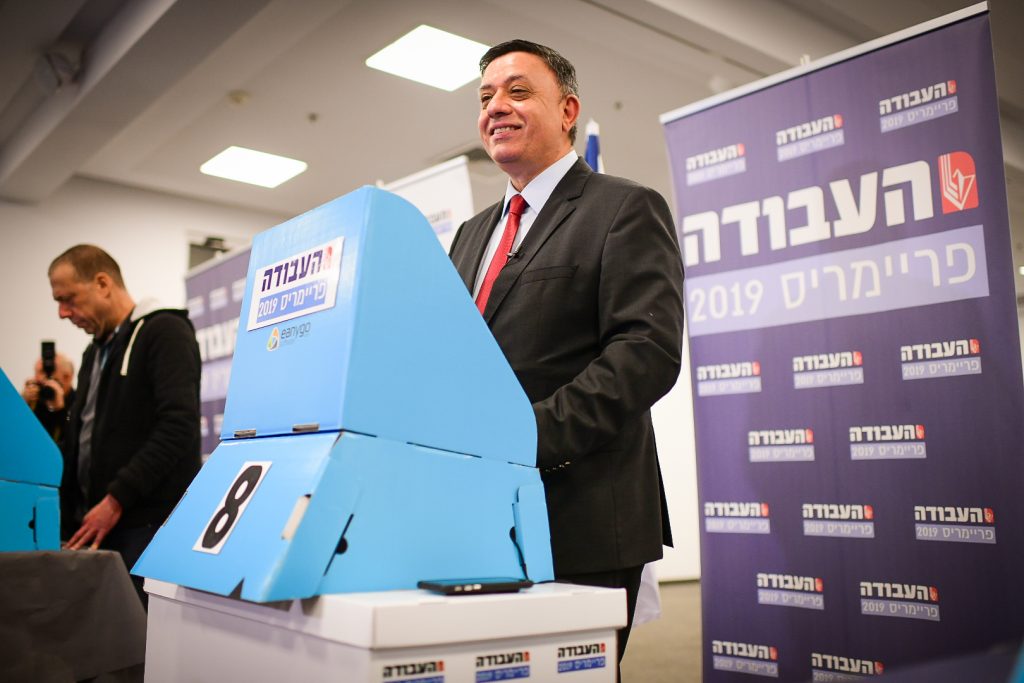 The battle for leadership of the Labor Party is now wide open, after a statement by current party chairperson Avi Gabay on Tuesday that he would be stepping down from that position. With that, Gabay said, he would remain on as a Knesset member, and “I will continue to fight for our values.”

Gabay acknowledged that he has been under pressure for weeks to step down as party chairperson, after the poor showing of Labor in the April elections. “The direction was clear on the night of the election, but one does not make major decisions when in the eye of the storm,” Gabay said, explaining why he waited until now to make his announcement.

“We did not have an easy time in the election, and we have many challenges, from within the party and without. We made mistakes, and I take responsibility for them. But those mistakes were made in good faith, with full belief in our path and our obligation to win,” Gabay said.

As to what happens now, Gabay said that the party’s executive council will meet to choose a successor, although he personally recommends doing so in a primary.

So far, at least four Labor MKs – Stiv Shafir, Amir Peretz, Itzik Shmuly, and Shelly Yechimovich – have let it be known that they would like to be considered for the job. MK Tal Rousso said Monday night that he would not be seeking to continue in the Knesset after the next election. The Labor Party has a total of six MKs in the current Knesset.