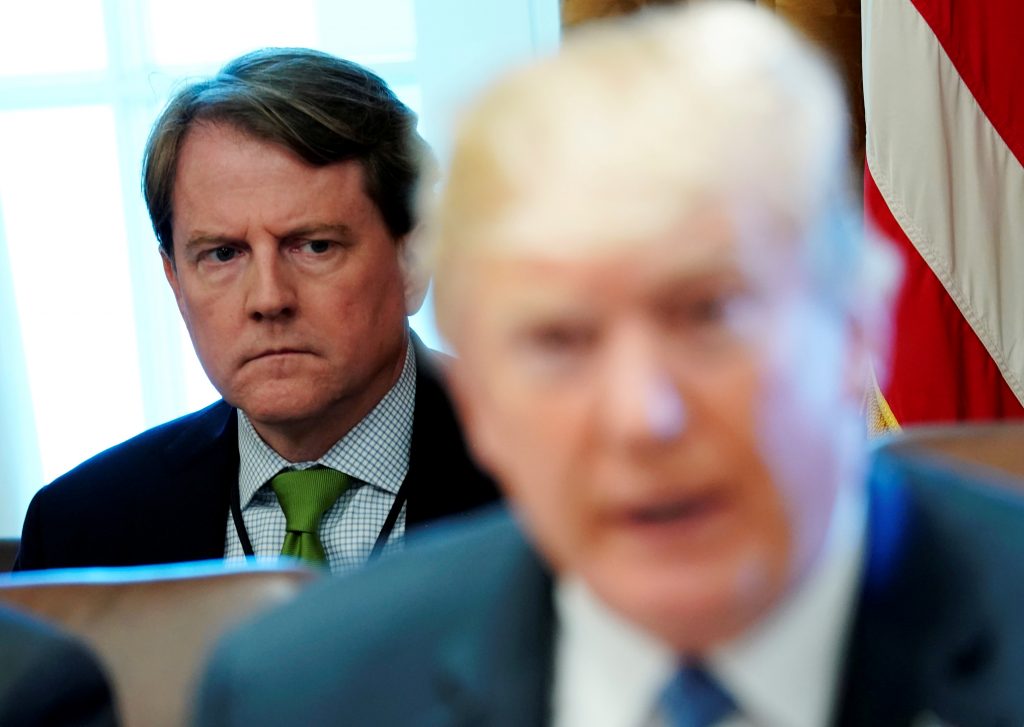 In an escalation of wide-ranging probes of President Donald Trump and his inner circle, lawmakers voted 229-191 along party lines to approve the measure authorizing House committees to file lawsuits in federal court seeking orders from judges to compel officials to cooperate with congressional inquiries.

The measure authorizes the House Judiciary Committee to seek a court order enforcing subpoenas seeking an unredacted version of Special Counsel Robert Mueller’s report on Russian interference in the 2016 election and underlying evidence from the investigation.

Democrats acknowledged the unprecedented nature of the resolution.

“This has not been done before. But neither have we ever seen blanket stonewalling by the administration of all information requests by the House,” House Judiciary Committee Chairman Jerrold Nadler said on the floor of the House. “We must go to court to enforce the subpoenas.”

Democrats predicted that Nadler would move quickly to compel McGahn’s testimony before his panel about the Republican president’s efforts to impede Mueller’s investigation.

McGahn, a star witness in the Mueller report, last month defied a subpoena for his testimony and related documents after the White House directed him not to cooperate with the Judiciary panel.

“He’s made it clear that he’s very committed to getting Mr. McGahn before the committee as quickly as possible,” Representative David Cicilline, a Democrat on Nadler’s panel, told reporters on Capitol Hill.

The measure also establishes a process for other panels to take similar action. Half a dozen House panels are looking into Trump’s presidency and personal holdings. The House Ways and Means Committee is seeking his tax returns.

Other panels are probing his financial records and documents on policies ranging from immigrant family separation to the transfer of nuclear technology to Saudi Arabia.

“In all of our investigations, the White House has not produced one single shred of paper in response to our requests,” House Committee on Oversight and Reform Chairman Elijah Cummings said. “This begs the question: What are [they] covering up?”

House Republicans dismissed the vote as an unprecedented and unnecessary “media-grabbing” stunt by Democrats to bolster partisan interests in the 2020 presidential election in which Trump is seeking a second four-year term in office.

“It is difficult not to view the purpose of this resolution and this debate as anything but political,” Republican Representative Debbie Lesko said.

The vote took place a day after Trump retreated from a months-long stonewalling campaign against House Democrats by allowing the Justice Department to give members of Nadler’s committee more evidence from the Mueller probe.

Under the agreement, House Democrats will hold off on an earlier plan for a criminal contempt vote against Attorney General William Barr, who has resisted a subpoena for an unredacted version of the Mueller report and underlying evidence. A redacted version was released by Barr in April.

Judiciary Committee members hoped to gain access to underlying material including FBI interviews and investigative notes at the Justice Department as early as Tuesday afternoon.

Trump’s defiance of House Democrats has helped ratchet up pressure on Democratic leaders to formally begin the impeachment process set out in the U.S. Constitution to remove a president from office – an inquiry that some rank-and-file Democrats see as giving legal heft to House investigations of Trump.

It was not clear what effect the agreement with the Justice Department would have on that dynamic.

The House Oversight Committee plans to hold contempt votes against Barr and Commerce Secretary Wilbur Ross on Wednesday after they defied subpoenas related to the U.S. census.